And God Bless Us, Everyone, Especially Adam Gopnik 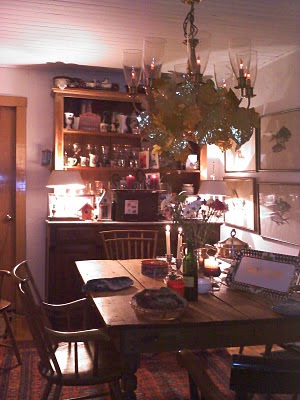 The dining room at the Last House 12.25.10- Christmas Dinner, Done and Dusted. Half an apple pie remained...

Another Sunday night draws to a close and we have survived Christmas. Ours was nice at the Last House, thanks, snowy and cold as befits our latitude (see previous posts and comments if you have a moment). Kids = happy. Food = good. Company = fine. I hope yours was also lovely.

So, part of my long Christmas weekend involved catching up on The New Yorker. Issues of the New Yorker come at me the way those assembly-line chocolates once came at Lucille Ball... I love it, but there always seem to be a backlog - a few lurking under newspapers on the footstool, or in with the bills on the dining room table. And since I mostly read it in bed, it takes me a long time to work through each issue. (I am forever finding crumpled issues on the wall side of the bed, where they have slipped after I have lost consciousness. They rest there in the dust [slut's wool, they used to call it] until I get around to changing sheets, which can sometimes be a fair stretch).

This was doubly enticing for me because I have always felt a certain something for Winston Churchill and, if you have been following along, you know I have included Adam Gopnik in my personal (short) list of brushes with greatness.

On the Churchill connection, Winston died the day before I was born - or basically the day I was born because of the time difference between the U.K. and the U.S. east coast. I have known this all my life because my mother dutifully filled in the blank in my baby book (which I started poring over as soon as I could read) that asked for the day's headlines on the date of my birth (January 25, 1965). "Churchill Dead!" Perhaps not the most auspicious day in the world's calendar. When I learned as a kid about the Buddhist theory of reincarnation and rebirth of the Dalai Lama I have to admit it crossed my mind. But, nah...

As I got older my admiration for Churchill grew with every quotation I read. In my 20s I actually posted on my desk the bit about:

My job at the time (writing for an alumni magazine in placid upstate New York) wasn't much like defending civilization from Nazi hordes, but, young as I was, I saw corollaries - and it was just so stirring! When I finally got to England a couple of years ago, I made it a point to get to Blenheim Palace, ancestral home of the Dukes of Marlborough (Churchill's ancestors) and Sir Winston's birthplace.

The friend who brought me to Blenheim also bought us Roy Jenkins' book about Churchill. I read a lot of it (OK - I didn't finish it, yet, but I have explained about that). There was a bit that I read there that I have thought about many times since: something Winston said early in his political career. Gopnik must have been struck by the same bit because he recorded it in his article:

Churchill, on a visit to a poor neighborhood in Manchester, [said], with his odd and signature mixture of real empathy and inherited condescension, “Fancy living in one of these streets—never seeing anything beautiful—never eating anything savoury—never saying anything clever! ”

I suppose that reveals a lot about Churchill's character as a young man and doesn't reflect so well on him today, but I know exactly what he meant and I agreed absolutely. How awful to be trapped someplace (geographically and socially) where the blindly uninquisitive reign. (Aside: That's why liberal arts education - education not in furtherance of anything, necessarily, beyond personal acquisition of knowledge - needs to be defended like England was defended against the Nazis.)

As I read on in Gopnik's article I was repeatedly gobsmacked by Gopnik's own brilliant writing. I mean, The New Yorker sent the right Critic-at-Large to review the reviwers of Churchill E.g.:

Revisionism, the itch of historians to say something new about something already known, has nicked Churchill without really drawing blood.

To be born both at the top of the tree and out on a limb is an odd combination, and that double heritage accounts for a lot of what happened to him later.


It may seem mysterious that jingoism should appeal so overwhelmingly to the working classes, easily trumping apparently obvious differences in interests between them and the economic imperialists. Why should conquering Burma be of significance to a Cockney? But imperialism is the cosmopolitanism of the people, the lever by which the unempowered come to believe that their acts have world-historical meaning.

When I interviewed A.G. back in a former life, I remember him telling me that he had learned from another New Yorker writer, the late Whitney Balliet, to give the reader something extra at the end of an article, something more. (I am paraphrasing and may not have that exactly right) but I thought I got a lot of something more here. See what you think.

OK. Back to work tomorrow so I must get to bed! Here's my poor version of a little something extra for any stoppers-by here: a few shots of our Christmas weekend (sledding today). 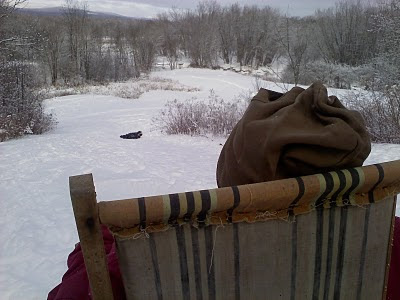 Whusband drags an old deck chair to the sledding hill behind the Last House. The bluish speck is Shackleton... 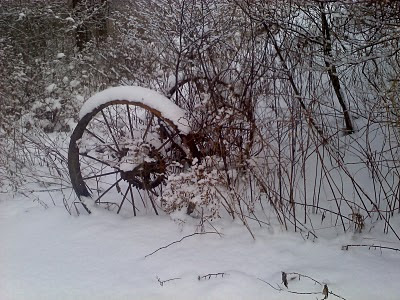 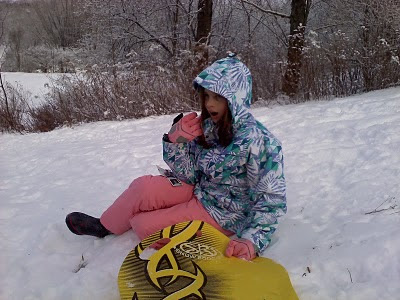 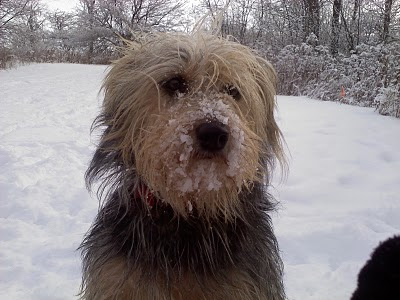 
Oh - and one last thing. I just got an email this weekend from the BBC saying I had been granted a ticket to see David Sedaris read at Broadcasting House on January 16. I am taking a poll. Should I pull the kids out of school and take time off from work to go to London for a trip that would include January 16? I mean, there's other stuff we could do too...
Posted by Kim Velk at 10:00 PM 6 comments: