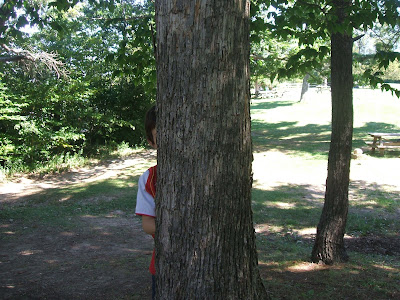 If you have been following along you know that I spent last weekend visiting my parents in my natal New York State. My roots are in the uncool part of New York: Upstate, as culturally distinct from New York City as Ohio (although they probably have more ethic diversity - descendants of Italians, Jews and Greeks mostly- in upstate New York than they do in the midwest - a little more on that in a minute). Last Sunday, as you also will know if you have been following along, we went to the Highland Games. On Monday, Labor Day, we had to get back Vermont, but before leaving I thought I would take the kids over to John Boyd Thacher State Park. 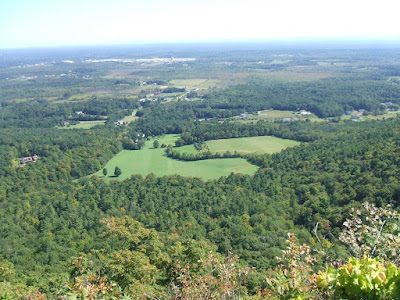 (The View from the Overlook at Thacher Park)

Thacher Park is a popular getaway for the million or so people who live around Albany and as a kid and as a 20-something, when I last lived in the area, we would get over there for a field-trip or a picnic once a year or so. It is really a beautiful place and just a hop, skip and a jump from the current home of Dad and Stepmom. Again, in fulfilling my little self-appointed mission of sharing the Good Things in Life, here's a little glimpse of the part of the Park that makes it most famous: the Indian Ladder. 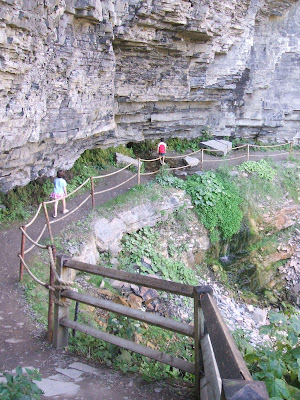 There are no Indians, anymore at least, and, as I discovered to my disappointment at age 9 when I first visited, no ladders either. It's the name for a cliff-face trail once used by Indians that traverses a part of the Heldeberg Escarpment. It is a rough foot path but the New York taxpayer has outfitted it nicely with stairs, here and there, rails and ropes as necessary. You couldn't do it on crutches or in a wheelchair, but Shackleton, aged 7 and the Understudy, aged 10 and wearing only sandals since our walk was slightly impromptu, managed fine.

I thought, as walked along the cliff, past the trees and under the overhanging rocks; with their periodic fine-spray waterfalls and small pools, that if there was a place in America where you might find a Totoro, this might be it. 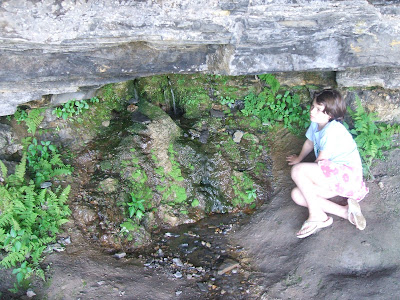 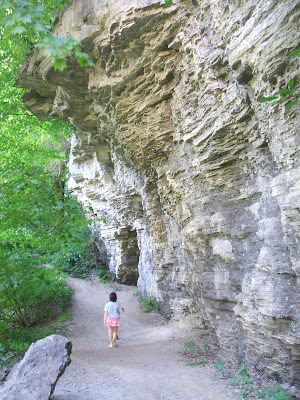 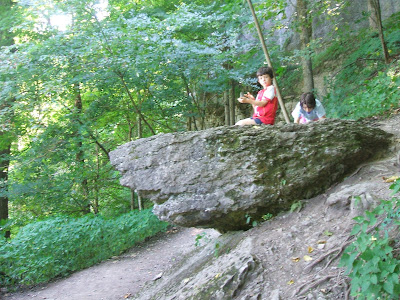 Well, that was nice. It being Labor Day, and back to school time, walking the path our sixth grade science teacher took us down in a vain attempt to teach us something about geology was sweet. Ahh. Middle school.

On our way out of town Dad and Stepmom treated us to another New York experience: lunch at a proper NY Diner.

Vermont is not a culturally diverse place. The natives are either old Yankees or descended from French Canadians. The non-natives tend to be hippies or transplants from California and the big east coast cities. None of these groups have, generally speaking, the wherewithal to run a proper diner: by which I mean a place with booths, cheeseburger deluxe, holy cards over the cash register, and a menu that measures at least 2 feet by 2 feet.

The one we went to on Monday is a bit of an ersatz re-creation, but it feels true to Greek Diner roots. The kids call it the Shiny Diner, since it is clad in chrome. I think it's real name is the Metro Route 20. It is on, you guessed it, Route 20. 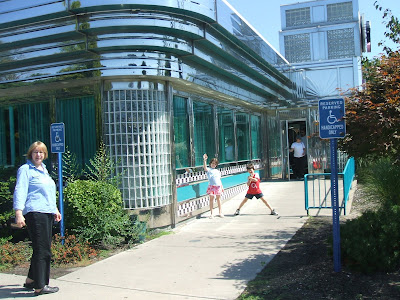 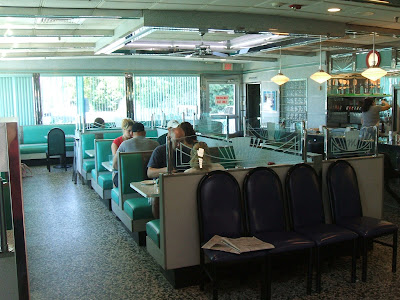 Since I had been tromping for an hour or two on the rocky path at Indian Ladder I felt justified in having cheeseburger deluxe, and a milkshake.
Posted by Kim Velk at 6:10 PM 3 comments: