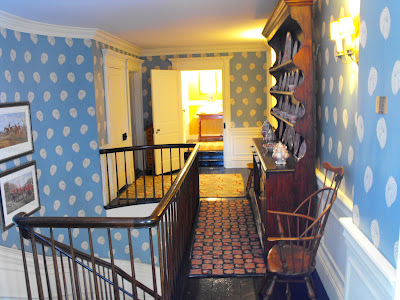 Take one sugar-trust fortune. Mix liberally with railroad and steamship monopolies. Add a second-generation art collector mated with fox hunter/polo player. Stir in 3000acres of farmland. Add one lake (largish). Allow to rise for about 100 years.

Last week I, along with a bunch of golden agers, art appreciaters, and general busy bodies, got a chance to tour through the home of one of America's great collectors of art and antiques, Electra Havemeyer Webb. Mrs. Webb was the daughter of a sugar trust magnate and she married the scion of the Vanderbilt fortune. (She was actually richer than her husband...) She started the fabulous Shelburne Museum (see the sidebar). Her in-laws started Shelburne Farms, which is a gilded age farm fairy land. My tour was guided by a guy who is apparently occupying himself productively while Waiting for Guffman. I was grateful he could project since I sometimes have a hard time hearing when I am at the back of a crowd of old people in a stranger's bedroom. The tour was of Mrs. Webb's private home, a former farm house known as "the Brick House." This is not the great mansion belonging to her in-laws that has become the Shelburne Inn. It's unmistakably the former home of a Very Rich Woman, but very homey and warm. If I had been invited for the weekend I would have had no problem lolling on a sofa.

Mrs. Webb's son, the film editor Watson Webb Jr., inherited the place after his mother's death in 1960 and it came to the Shelburne Museum after his death, around 1999, I think. Now, they let VIPs stay in it, hold a symposia or two, and lead tours once in a while (like, four times a year). Museum interns, I was told, live in the servants' quarters. I love all the same kinds of things that Mrs. Webb collected, so I knew I would love her house. And I did. So, I am sharing. 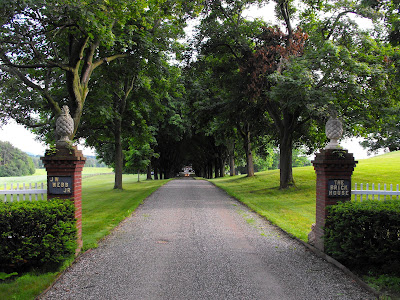 The driveway. The house is way back at the end of the avenue, and surrounded by a thousand acres of private land. I think back in the day, the family had 3,000 acres. 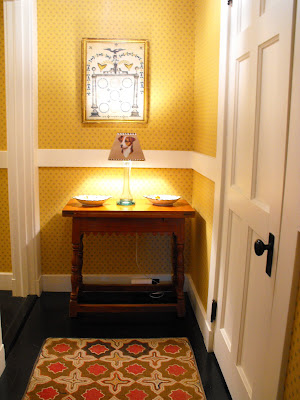 The view from Mrs. Webb's bedroom door. Don't you love the lamp? 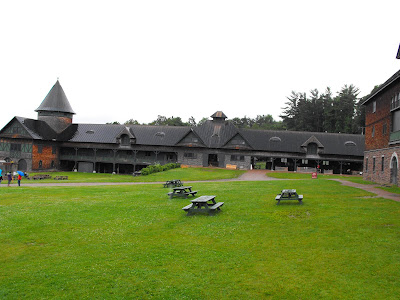 Here are a few of the barns on the property of Shelburne Farms. 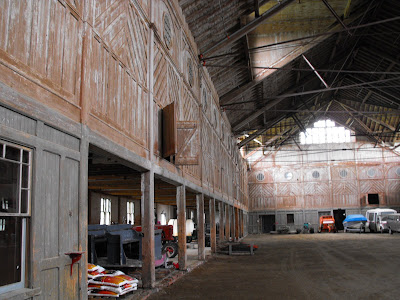 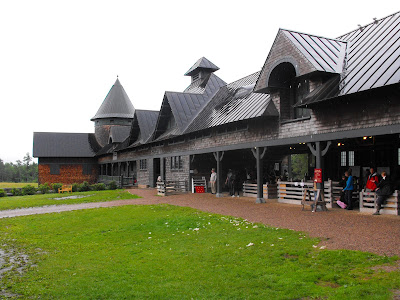 Now back in the house. 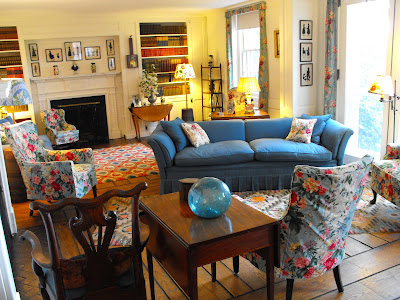 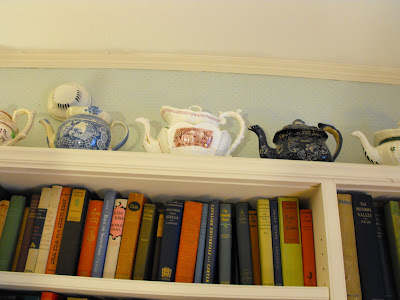 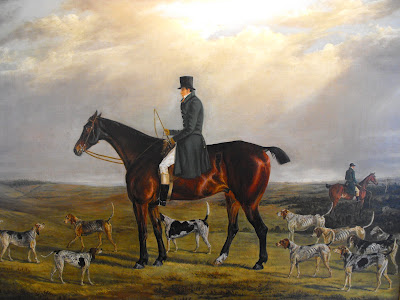 He was a fox hunter. She was a collector. I am sure she HAD to have this painting.

I have always had a soft spot for Robert Burns. This is partly because I learned when I was kid - from one of those little astrology booklets they sell at supermarket checkout - that he and I have the same birthday: January 25. (Fun fact: also shared with Eartha Kitt).

I wrote a few months ago here about Arvo Part and earlier this week, for some reason I can't now recall, I drifted back to Youtube to listen to a Part setting of the Burns poem "My Heart is in the Highlands". It is really haunting. Since I am doing a classy post, I thought I would include the video here. The slideshow is a bit overwrought but someone worked hard on it the music is beautiful - it says on Youtube that this is a high school choir. Could it be? My heart is in the highlands too. Here in the north. The birth place of valour. The country of worth.

Let me know what you think.