Two Cool 3-Speeds; Juliet Mills Where Are You Now? 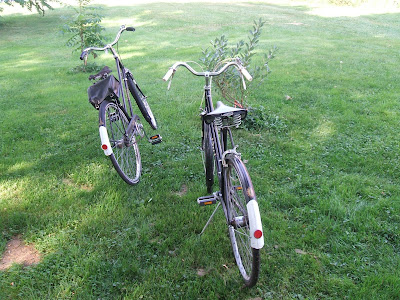 Aren't these so Nanny and the Professor? The Raleigh came from the local flea market this last weekend. Tires good, gears, as yet unknown. Seat, or "saddle" a positive shredder - utterly unsittable. The bag is present but all the leather bits on it, that is the loops, have been destroyed. The vinyl is still good.

You can date these bikes by the dates on their Sturmey-Archer gear hubs and this one is a survivor from 1969. My mom had this exact bike in dark green, maybe a year or two newer, when I was a kid. We weren't allowed to ride it at first but after a few years it became fair game. That's probably why we don't have it anymore. I think it is a beauty. "Sturmey Archer" how often did I read that name on my handle bars and wonder what the hell it was about?

The Raleigh Ladies Sport of 1969 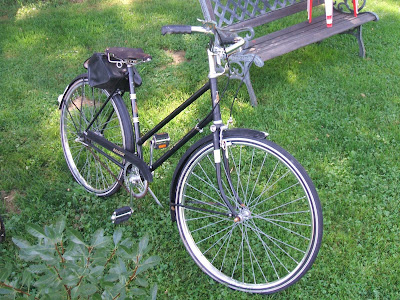 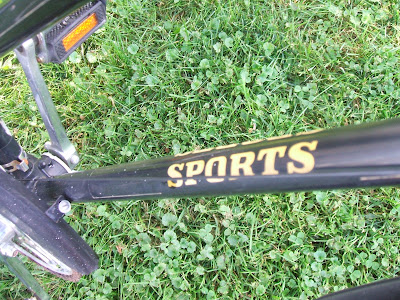 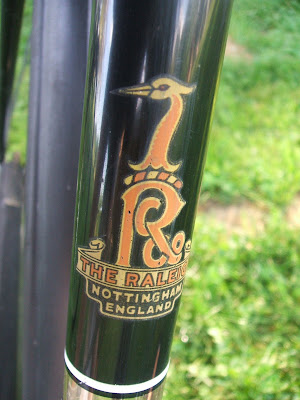 The other bike is a flea market find from two years ago. It's a 1972 BSA (short for "Birmingham Small Arms" - they retooled for bikes afer the market for rifles flagged). Raleigh bought them out in the 50s, I beleive, so I think it's a Raleigh in all but name. We test rode this a wee bit when we bought it and the gears were good, the seat is good, but I am not sure the tires hold air. 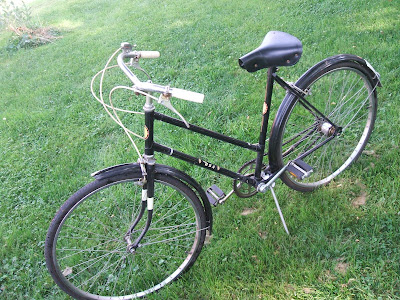 The BSA has a comfy seat 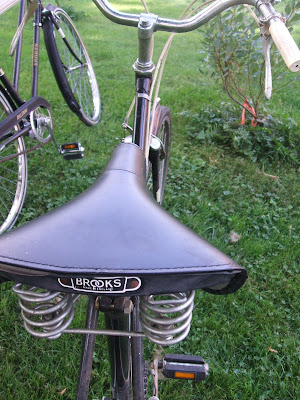 And A Decal to Die For 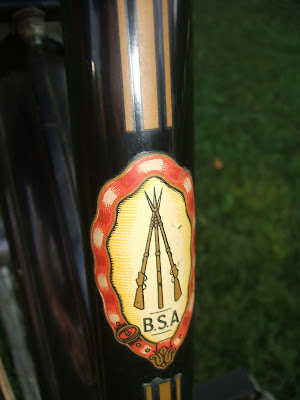 I am posting these photos and this info. here partly because I have signed up over at the Bike Forums wiki for advice on restoring them and I am directing any potential experts from there to here.

My hope is that the Understudy will have one ready for college (she's 10 now and I need to get started). I was also hoping I might be able to get a bike mechanic to fix one in exchange for keeping one, but maybe that's a stupid idea. Maybe it's stupid because no mechanic would agree or maybe it's stupid because I would be giving away a good bike that wouldn't take much to fix. Keep in mind that I am nearly completely non-mechanical.

I have looked at the cost of replacing the saddle on the Raleigh and it, alone, is prohibitive. (But it could be beautiful, check this one out) In the $100 range for something decent; ditto the bag. (Also beautiful). My thought is that one bike might be able to be cannibalized for the other, but perhaps that is also a stupid idea. Comments anyone?

The Raleigh had the assembly instructions and Guide to Cycling and Warranty card in the bag. Pretty good for $5, no? The BSA was $10, by the way. If I come out of this with one beautifully restored old 3 speed it will be a good day's work.
Posted by Kim Velk at 5:16 PM 3 comments: