Setting: The town library, after school this week. I go to extract Shackleton from a computer where he is playing a game on-line. I watch for a moment. I like the graphics - just stick figures wandering around an outdoor cafe. Then I see that the player (i.e. Shackleton) is focusing on them as through a rifle scope. The object, apparently, is to shoot the figures in their round dot heads, which then become red blots, if the shot is successful. The game, I see, is called "Assassin."

Me: Oh my God! That is terrible!

Me: "Assassin?!" Shooting people in head?

Shackleton: Well, you can't shoot them anyplace else. I've tried. Like, if you shoot them in the middle you would think that would cut them in half, but it doesn't.

Me: That's awful. I don't want you playing that game. Play something nice, like Club Penguin.

Shackleton: Club Penguin is boring. You can't shoot the heads off the penguins.

Me: Yes, that's part of its charm.

In other news, I had a lovely mid-day hike in the woods on Thursday with my new phone/camera in my pocket - not the iPhone I coveted and had briefly last month but a much inferior thing from Verizon. But that is water over the dam. You may be surprised (NOT!) to learn that I took a few pictures on this walk, including today's banner.

It wasn't easy. The sun was so bright I couldn't really see the screen and I still don't know how to work the thing. I just pointed and took a snap of faith. I almost skipped that walk because I had a bunch of other things to do, but it was the high point of a dull week. So, here are just a couple more pictures of my favorite woods. 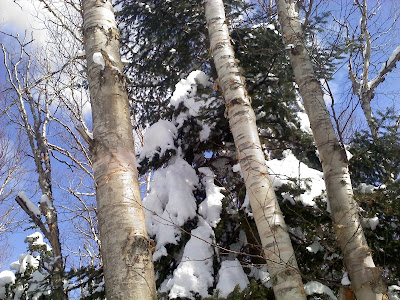 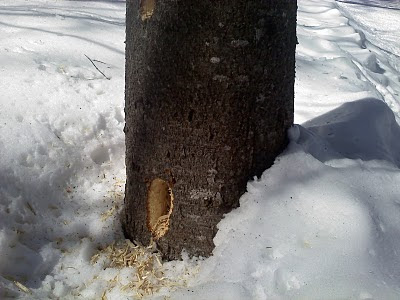 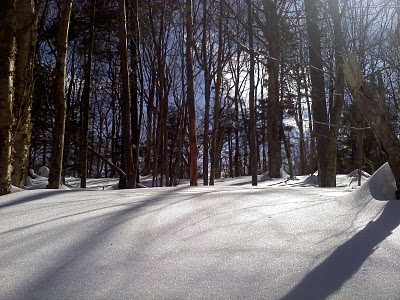 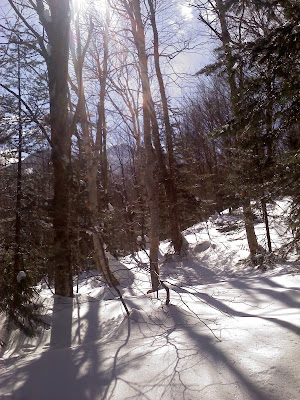