These Are A Few of My Favorite Things...

This line occurred to me this AM when I saw this: 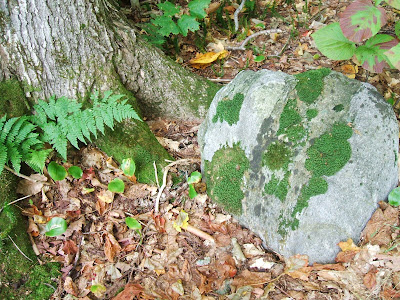 A tree, a rock, ferns, leaves and BONUS, moss, all within about one square meter.

Maisy and I got up and out for a walk on Jay Peak this morning, where one can see trees and rocks in wild abundance. The walk was, as usual, beautiful for these small details and the grand views it afforded of the top of Vermont. 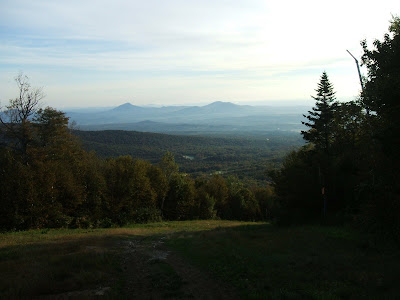 And doesn't Maisy look fetching in the raking light of the morning? 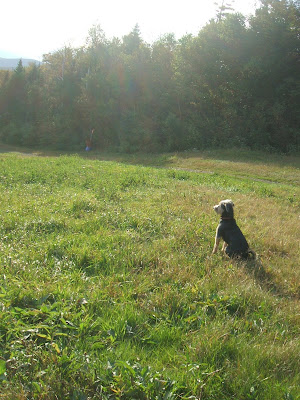 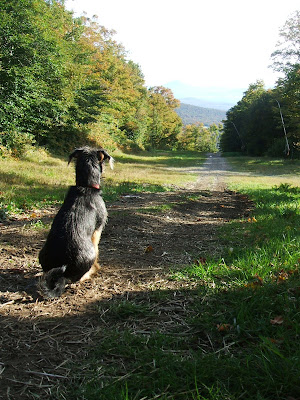 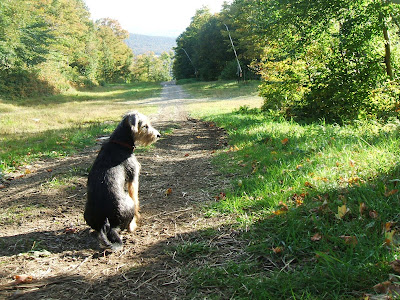 She knows now that when I steal down the stairs before anyone else is up and move around as quietly as I can, get my water bottle and hiking boots it means we are in for a nice long walk. She jumped right in the car. 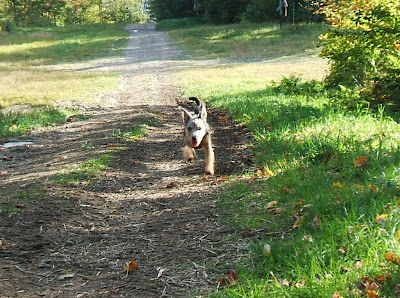 We were out for about two hours, which represents a considerable effort for me in my middle aged semi-collapsed state. If only I could manage such activity about four times a week. Oh well.

Thinking about trees and rocks and ferns as a "few of my favorite things" (I am singing that line to myself mentally as I type) reminded me of a fresh (for me) source of glee; finding a source for super cheap old record albums.

That source is the Burlington recycling-for-social-good-center, a junk shop with high ideals called "Recycle North" It's a great institution that recycles appliances, computers, building materials and household goods. In the past I have mostly rummaged their building materials center. They have all these great old windows, bathtubs, doors, light fixtures etc. We bought 8 sets of real wooden, louvered shutters with their hardware, probably from the 1940s last summer for $100 - total. The plan was to dress up the facade of the Last House. Another summer project that didn't quite get started. Well, still.... About two weeks ago while I was all on my own in Burlington, I stopped in to the household goods repository to see if they had any nice old plates or pottery. Instead, I discovered that they sell old record albums for 25 cents apiece. The result was predictable.

I was born in 1965. It wasn't until I was in college that people began converting from vinyl to CDs. I was one of those people, of course, and I have never looked back - that is, until I was wandering through the household goods at Recycle North.

You should know that, owing to Whusband's Great Age and long years of adulthood before he had children (i.e., years with disposable income), he accumulated an extensive record collection. For that reason, we actually have several turntables here at the Last House. Only one is ancient, from Husband's audiophile days in the cretaceous period.

Of course, LPS and turntables never completely bubbled under, in the way of the Betamax or 8-track tapes - probably because DJs in cool clubs in the 80s still wanted something to scratch. You can still buy turntables and we have several. In other words, unlike most modern Americans (I imagine), we can still actually play records, though we don't do so often. Husband's collection (almost all classical) is stowed in a giant wooden box that also serves as a kind of coffee table. Clearing it off to get to the records is a big production and not one we often undertake.

At Christmas we pull out some old LPs of carols that I like - choirs of angels stuff, and I am particularly fond of a collection of turn-of-the-century music hall favorites that we play during dinner parties. Seeing all these LPs with (for me) their tempting titles suddenly renewed my interest in vinyl.

I won't be getting rid of iPod anytime soon. Despite the fact that I am half deaf I still appreciate great sound, what I can get of it anyway. Hmmm. Maybe because I don't hear that well I am now a good audience for analog recordings. 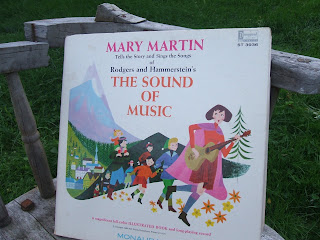 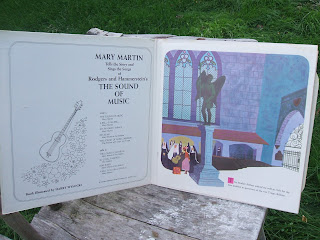 I knew Mary Martin was a famous Broadway star back around the time of the Flood, as I recalled. The central fact I had stored about her was that she was the mother of "Master" (Larry Hagman) from "I Dream of Jeannie". Anyway, I had never heard her sing, and I didn't realize she had starred on Broadway as Maria in the Sound of Music, before Julie Andrews put her enormous stamp on that whole thing.

Listening to this 1966 recording, with Martin reading the story and singing the songs, has converted me into a big Mary Martin fan. Her voice has such a wonderful tone and timbre - even on vinyl. And check out the great 1960s illustrations that accompany this "Disneyland" recording. We have listened to this at least half a dozen times this week. 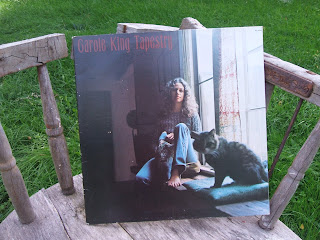 Maybe there should be a law that requires us to listen to Carole King on vinyl. It is so echt 70s; digital provides a false experience. Ah, the AM hits of childhood... Not one scratch on this copy either.

In case you have forgotten (or never experienced it), there is something sort of wonderful about dropping a needle down on a record, especially when you are at about eye-level with your turntable - looking for that little blank space between the tracks, watching the arm bob a little when the album is a wee bit torqued. Something satisfying about it. I guess you can see a little better where that music is coming from; mysterious as any recording process remains for me, at least with vinyl you aren't dealing with a laser in a drawer... 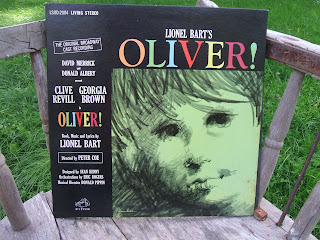 My sister and I and the Hulchanski kids next door used to sing "Consider yourself at home, consider yourself --- part of the fam-i-ly" when I was about six. Now, I own the record. 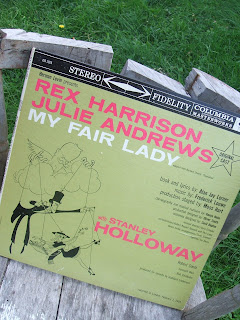 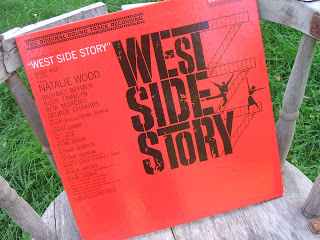 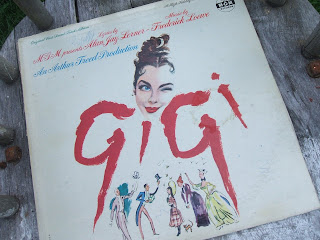 As I was rummaging around the stacks of records, one of the Recycle North guys asked me if there was anything special I was looking for. I wanted the soundtrack to Saturday Night Fever.

He wasn't sure, but he noted that their soundtrack section was particularly strong. Yes. True. Couldn't find SNF, but nice copies of original cast recordings ofWest Side Story, Gigi and My Fair Lady were plentiful. I guess the people who bought SNF 30 years ago haven't died yet. It was pretty clear that Recycle North has inherited the record libraries of people who would be about 80 now, if they were still living.

The same guy told me that there are "a lot of young people" in Recycle North shopping the vinyl. I didn't take offense. Interesting though, isn't it? 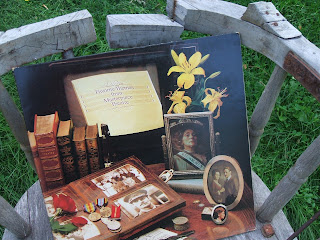 I have loved Masterpiece Theater since high school. This is a collection of themes from MT, from the twilight of the vinyl age in 1981. Probably this one was safe from "the young people."

One last amazing fact. If you buy 20 or more records, the price drops to 20 cents a piece. I am going back soon.

Oh. I also picked up a made-in-England bone China plate, featuring a partially hand painted picture of Ann Hathaway's Cottage, for another 25 cents during my vinyl shopping spree. What a good day that was
Posted by Kim Velk at 2:01 PM 4 comments: