I've been away.  You may not have noticed but I'll forgive you.  You're here now and that's what matters. How about a nice cup of tea and a sit down?

As Bob Dylan taught us all long ago, you gotta serve somebody and the somebodies I serve (for a salary and health insurance and all that) are now paying for more of my time. Not much is left for this kind of thing these days.

I'm back at the keyboard this Sunday afternoon - as you will have noticed- having gathered a little strength, thanks to my weekend schedule, the aforementioned tea, and sushi takeout for dinner.

The one bit of writing I've done for fun in the last month (well, for fun and dreamed-of glory) was in response to a contest by The Guardian. I admire the entrepreneurial spirit of the Guardian book people.  They have started  offering writing classes to the world's hopefuls.  To promote these courses they threw out a writing prompt.  It caught my eye and my imagination and so I entered.

The usual one I'm afraid.  I have been staggeringly consistent in not winning contests. I was pretty good at musical chairs once but since then...

Anyway, having put forth the effort, I'm reproducing my entry here for your consideration.  The task was to write a story of between 500 and 750 words beginning with the sentence:

He spent his last £30 on a plate of oysters and a glass of champagne.

Here's my entry.  Below that is a link to the winning entries.  Thanks for stopping in.  I'll be back, one day soon I hope. 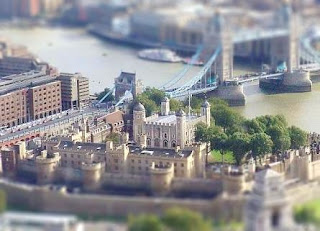 “He spent his last £30 on a plate of oysters and a glass of champagne.” Inspector Digget looked up from his battered notebook and met the eyes of his reluctant hostess. “Or so we believe.”
“And why is that Inspector?” Ms. Fields-Hall said.
“Well, the waiter - the one who called 999 last night - reported that the bill for…” Digget held the notebook at arms-length and read, “ ‘one glass of Duval-Leroy Brut and one small plate of mixed oysters with spicy boar sausage’ came to £31, before VAT.”
“So, with the VAT it would have been, what, £37.20?”
Digget was impressed by the speed of the calculation. “Right. However, when the bill was presented, your brother had only,” he read again, “‘A twenty pound note, a five pound note, four pound coins and some change.’  He told the waiter it was all he had.’”
“So he ordered his last meal knowing he couldn’t pay for it. No one could say he wasn’t consistent.”
Digget was pleased that Constable Jonas, who had been sent along to shadow him on this delicate interview, remained silent. Digget was to do the talking.
“The waiter was going to call the manager,” he continued, “but your brother said: “‘it was these trainers, Mate. Do you know how much these things cost? Seventy Eight pounds.’” Digget read this with no intonation. He thought he sounded like Michael Caine, which embarrassed and pleased him a little.
“He wouldn’t know what things cost, would he?”
Ms. Fields-Hall’s posture in the wingchair – one of a pair whose cushions might once have cradled the buttocks of George the Third - was not one of ease, like some Bond villain. Still, it conveyed entitlement - along with authority and dignity.  As she spoke she turned her gaze to the Staffordshire spaniels by the fireplace. Her chin puckered then and Digget’s heart went out to her, despite it all.
“But… what was he doing wearing trainers?” There was a spark of hope in the question. “In his twenties his bill for Lobbs would have supported a third-world village. I don’t think he would have agreed to be cremated in a pair of trainers.”
“Yes,” Digget said, surprised at the clumsy cremation reference, “Well, the waiter had noticed that they weren’t in keeping with the rest of his, uhm, presentation.”
“Quite a noticing sort of waiter, wasn’t he? A veritable Sherlock.”
“I suppose, yes.” Was she thinking that it would have been better, easier perhaps, if her brother had bubbled under unnoticed? “And, your brother replied, ‘I need shoes that will waterlog quickly and be impossible to slip off underwater.’
Silence.
“The waiter told him to hold on – went to get his manager, but when they got back, your brother had gone.”
The silence deepened. It was too much for Jonas.
“We’re quite sure it was him, Ma’am, if that’s what you’re wondering. Of course you’ll have to come and ID the body, but he had his wallet on ‘im when they fished ‘im out.” Digget winced. “Only thing in it was his driver’s license.” Jonas handed this from the sofa where she and Digget perched to the wing chair. “And he still had on the basketball shoes,” Jonas said. She felt Digget’s little nudge and trailed off, “brand new.”
Ms. Fields-Hall regarded the license, with its postage-stamp sized photo of “Oliver F. Hall, 13 Acorralado Way, Unit 17B, Las Vegas.” A big horn sheep gamboled above Oliver’s right ear. “Nevada” was printed in type meant to suggest tree branches.
“Yes,” Ms. Fields-Hall said flatly. “That’s him.”

Digget had grown up seven miles from where they all sat now, in the beeswax-smelling drawing room of Boald Park. He remembered his mother saying once that the Halls of Boald had “blood so blue a spoon would stand up in it.” He’d wondered at the time if that were literally true.  All the locals knew that Oliver had got to daggers-drawn with the rest of the family years ago and left the place. People had stopped asking about him, it had been that long.
“You didn’t know he’d come back to England then?” Digget was all softness.
“No, Inspector. He didn’t contact me.” Ms. Fields-Hall smoothed her dungarees – she’d been gardening when they arrived. “He wouldn’t have, though.” She turned back to the spaniels. “He’d left a long time ago and the distance he’d gone was too far for returning.” She paused, “oysters and champagne as a last meal notwithstanding.”

And so that is how not to win a masterclass from the Guardian.  The winning entry and runners up (and don't try to tell me that the winner's real name is "Geoff Lavendar") can be read here.