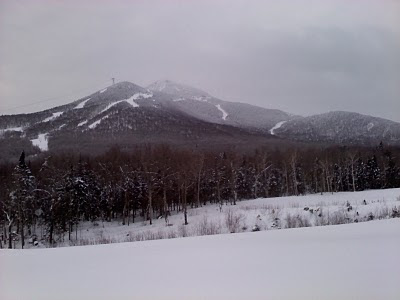 Not yet anyway. I have been occupied in my off hours with converting some of what's here into a "blook" - a "best-of" real life book that will exist out in the real world. Just wanted to stop in to say "hi" in case you few regulars were beginning to wonder. "Hi."

The banner today is a photo I took this AM from a Jay Peak snowshoe trail. With all the development up there I have been reluctant to make my usual winter visits. I went this morning for the first time this season, very late for me, and was glad that I did. Actually, glad doesn't quite cover it. I was, in my solitary, quiet way, overjoyed to see that the new golf course meant new vistas had been opened up on a new trail. As much time as I have spent up there today I got to see something I have never seen. Believe me, the pictures don't do it justice. What a nice surprise.
Posted by Kim Velk at 12:46 PM 4 comments:

Sorry Mr. Gorey but I couldn't help myself. I know it's really nothing without brilliant illustrations but I can't draw. I hope you'll be flattered and not annoyed.

“A” is Adelaide who fell off the wall.

“B” is for Basil who was a little too small.
[N.B. Potential collaborating illustrators: I picture a kid falling out of an amusement park ride here]

“C” is for Chester, who ate something he found.

“D” is for Daphne, whose boat ran aground.

“E” is for Everard whose name led to teasing.

“F” is for Felix, who ended up freezing.

“G” is Gordon, cursed by a wizard.

“H” is for Humboldt, who caught a bolt in his gizzard.
["bolt" as in arrow from a crossbow].

“”I is for Isolde, who put her fork in a socket.

“J” is Jonathan, caught in a sprocket.

“K” is for Kaleb, whose balance was bad.

“L” is for Lottie, incurably mad.


“M” is for Michael, who skipped a key class.

“O” is for Otto, who thought he could fly.

“Q” is for Quincy who didn’t stop to explain.

“R” is for Redmond, too slow for the train.

“S” is for Sarah, who escaped with a scratch.

“T” is for Titus, who picked the wrong batch.

“U” is for Uncas who crashed in a glider.

“W” is for Winston, who walked out at night.

“X” is for Xavier, whose friends weren’t too bright.

“Y” is for Yolande who snuck under the rope.

"Sweetheart, Put Down Your Flamethrower" 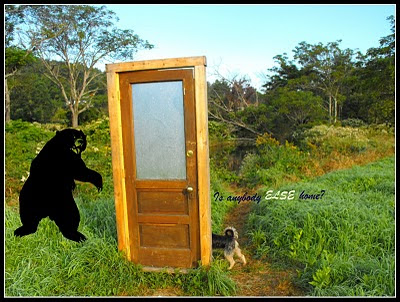 The Poetry Unit continues. Thanks to all who have made suggestions for poems for Shackleton. I have incorporated a bunch of limericks (all G-rated)and lots of other good stuff that has been recommended by commenters. I have been compiling all my favorite finds for Shackleton, becoming something of an editor of poems for kids, or at least readable by them. After this post, I'll shut up about it, I promise, but one last bit of sharing before we leave the topic.

Here's a poem by Lawrence Raab that I read long, long ago in undergraduate days. It appealed to me then because its funny and creepy and profound all at the same time. I reread it tonight, aloud to the kids and I think I like more now than I did 25 years ago. It sounds great read aloud - you might want to try it a few times yourselves and then ponder that last question.

Attack of the Crab Monsters

Even from the beach I could sense it--
lack of welcome, lack of abiding life,
like something in the air, a certain
lack of sound. Yesterday
there was a mountain out there.
Now it's gone. And look
at this radio, each tube neatly
sliced in half. Blow the place up!
That was my advice.
But after the storm and the earthquake,
after the tactic of the exploding plane
and the strategy of the sinking boat, it looked

like fate and I wanted to say, "Don't you see?
So what if you are a famous biochemist!
Lost with all hands is an old story."
Sure, we're on the edge
of an important breakthrough, everyone
hearing voices, everyone falling

into caves, and you're out
wandering through the jungle
in the middle of the night in your negligèe.
Yes, we're way out there
on the edge of science, while the rest
of the island continues to disappear until

nothing's left except this
cliff in the middle of the ocean,
and you, in your bathing suit,
crouched behind the scuba tanks.
I'd like to tell you
not to be afraid, but I've lost

my voice. I'm not used to all these
legs, these claws, these feelers.
It's the old story, predictable
as fallout--the rearrangement of molecules.
And everyone is surprised
and no one understands

why each man tries to kill
the thing he loves, when the change
comes over him. So now you know
what I never found the time to say.
Sweetheart, put down your flamethrower.
You know I always loved you.

Email ThisBlogThis!Share to TwitterShare to FacebookShare to Pinterest
Labels: Poetry 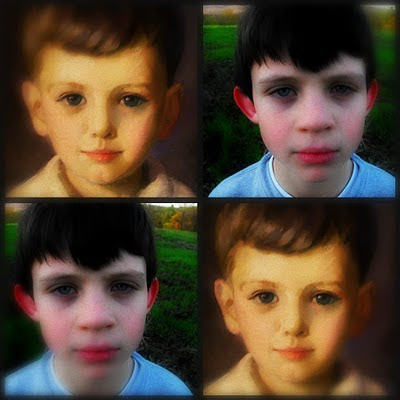 Preparation for Martin Luther King Day started a little early in Shackleton's fourth grade class. One of the homework assignments this week to read a page about the "I Have a Dream Speech" and then to answer a few questions. All reading assignments for Shackleton are like pulling teeth, so I had to read (i.e., "drag") him through it. The whole thing was only about four paragraphs and the questions weren't hard: E.g., "What was Martin Luther King's dream for America?" "Why did it make sense for him to give his speech at the Lincoln Memorial?" The last question was, "Do you have a dream about what would make your world a better place?"

"Well?" I asked, ready to suggest the usual - world peace, curing cancer, what have you. Shackleton didn't hesitate.

The Rest of That Poem 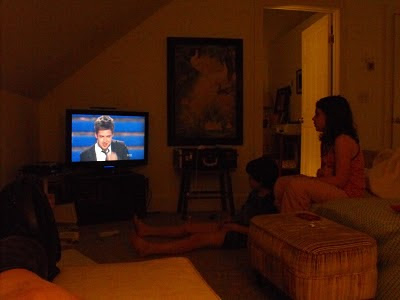 Just following up on that last post. I couldn't resist working a little more on the verse I started last weekend. I am putting it here so I won't lose it (since I seem to burn through a laptop every year or so)... I may even come back and revise.

Shack and I are engaged in a daily struggle to get him to read poems, write a poem, memorize a poem and make a poem poster. We have til Jan 17 to get this done. Maybe I'll send him into school with this one when it's all over.


I think that I shall never see
A poem as lovely as TV.

A poem just sits – it has no go
And doesn’t come with audio.

What’s worse - poems must be read
To get the pictures in your head.

There’s no flash, no flicker, no bluish light
Just tracks of black in lots of white.

Give certain types a pen and page
And they’ll torment kids from age to age.
Posted by Kim Velk at 9:40 PM 5 comments: