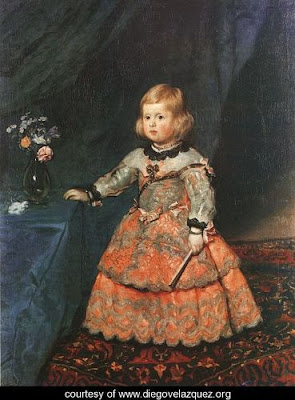 I went antique shopping yesterday, again. At one point I was one of three customers in a big shop along a highway. The other two were grey-haired women out on their own. Reader, it scared me.

Is this my future? Desiccated and wandering among the detritus of past generations, killing time with other non-entities? And isn't this grubbing through the goods of the dead sort of horrifying?

This shopping trip was already a guilty one because I had a day off and I was supposed to be working on a project, the writing project, and rather than being alone with my computer I had fled. I caught sight of myself in an antique mirror and realized I looked a fright too - lumpen and dull. So sad. I left without buying anything.

I felt a little better as soon as I drove away. I wasn't ready to go do any work but I got thinking that it might at least be less depressing to shop at TJ Maxx. There was, however, a new Goodwill Shop on the road between the antique store and TJ Maxx.

Now, what was that quibble I'd had about sifting through the goods of the dead? Oh, what I meant, apparently, was that I didn't want to deal with the retail goods of the dead; those things that have been placed in glass cases to be tended by eager sales people. My habitat is the charity shops, where the goods of the dead and Peace Corps volunteers and yo yo dieters etc. are displayed under fluorescent lights and priced for the unemployable, single mothers and recent immigrants. Another moment of self discovery along Route 7.

My day brightened considerably at Goodwill.

Here's what I got: Six new-condition Williams Sonoma linen napkins (total .99 cents); a pair of Waverly toile linen napkins, apparently unused (also .99 cents); a tea towel printed with vintage ad for Guinness. Someone had framed it (yes, a tea towel under glass) so it was also new - $2.99. (I had them throw out the broken frame when I got to the cash register). I got a 1971 (or so) Smith Corona Made in the USA Secretarial 250 electric typewriter for five bucks. (Kids went mad for it when I got it home. Shackleton the non writer/reader started pounding out notes: e.g., "Mom, by me presents. Understudy, you suck" - until he discovered that holding down the space bar created a sound like a distant machine gun).

I got a BIG framed poster ($5) for an Velazquez Exhibition held at the Metropolitan Museum of Art in 1990. The frame is a classic (ugly) 1990 metallic gold number, but it was obviously done professionally and the picture has launched me into a day of Velazquez appreciation. That's it up there at the top of this post (the image on my poster). It's the Infanta Margarita in 1653 - the same little girl who is featured some years later in Velazquez's masterpiece, Las Meninas. I put it in my office today and looked at it half the day. I am now I am just itching to get to the Prado. 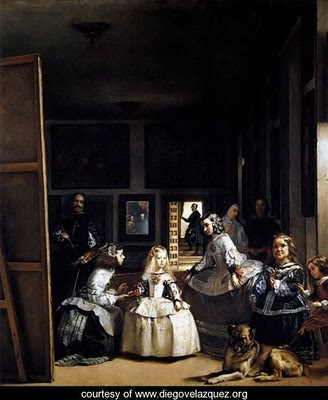 So, life and art are affirmed and fires of enthusiasm stoked at under $20. If any of you few readers get up to the Last House one of these days I promise to whip out those linen napkins and give you a nice cup of tea and a biscuit and you can dab the crumbs and tea off your lips very daintily with them. I promise to wash them first.

I have XM satellite radio in my car, thanks to my Dad who gave me the radio and a subscription about a year ago. We are all totally addicted to it now. We listen to BBC Radio 1 and '60s music and '70s music and all this fabulous stuff with no commercials! One channel plays audio books and you never know what you'll find there. Today, while I was out at lunchtime, I heard about 10 minutes of Wuthering Heights. It was read by some actress (some good actress) and hearing it out loud made me realize just how great the writing is - practically Shakespeare in the bit I heard (Cathy and Heathcliff arguing with Edgar). Last week, I heard a story by Saki, (H.H. Munro). I have never really read anything by him and had only the vaguest notion of what he was all about. The story was funny and a little silly (that's the point with him), but the man wrote like an angel. Listening to this kind of thing reminds me how beautiful English is or can be - plain beautiful just to hear.

Finally, on the way home tonight, I hit a particularly rich vein of '70s hits. Abba singing Chiquitita; Boz Scaggs and the Lido Shuffle. Oh, and Barry White, "Can't Get Enough of Your Love Baby." Barry White, where are you now? A nation lifts its lonely ears to you.

On that note, Bon Weekend.