Baby, It's Cold Inside 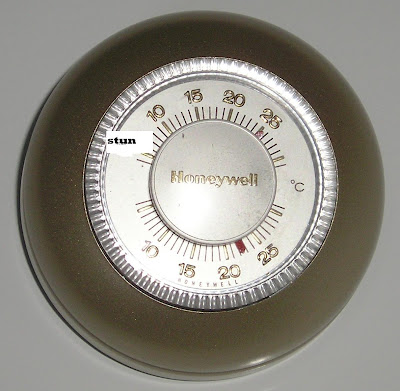 The first few big heating bills have arrived and WHusband has spent the weekend ranting against comfortable indoor temperatures. The thermostat has been set to Stun for a a full 24 hours. Even for us crusty old northerners, 60 degrees (F) is barely sufficient to sustain life. It reminds me of when I was a kid and Jimmy Carter was president and we were all instructed to freeze in the dark.

For a few years I had a sister-in-law who had been been born in Pakistan and raised in Houston. She was cold even when she visited Vermont in July. She came here for at least one Christmas. We bought her long underwear (Merry Christmas from your poor relations!) and turned up the heat a notch. She was lovely, but her blood was like water. Hmmm. Note to self. Don't freeze the company.

The weekend has been quiet and nearly devoid of Christmas preparations. Hmm. Note to self. Get ready for Christmas!

Shackleton and the Understudy were just complaining that we didn't do anything today. This is not true, strictly speaking. I went to the grocery store. I vacuumed. We all watched TV. The kids played I Spy Spooky Mansion. So, OK, we didn't get a Christmas tree. Maisy and I did a brief walkabout on our land here at the Last House at 4 PM, which is nearly night just at the moment. I did a post in April called "Everything's Gone Green." Well, this one could be "Everything's Gone Brown."

Here's some of what we saw. 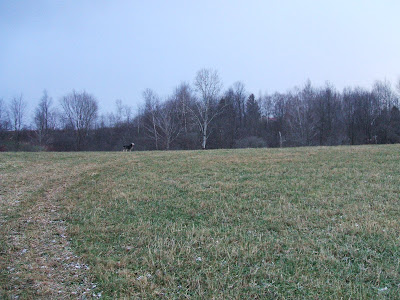 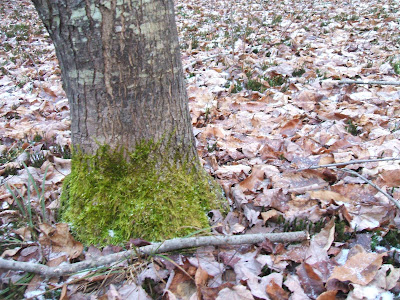 The last bit of green I could find in the woods... 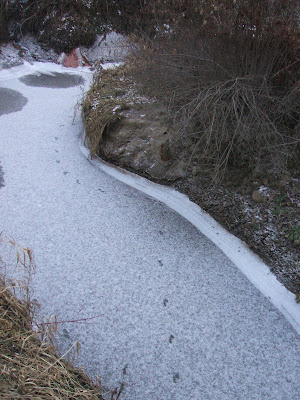 Some little creature braved the ice, which is new today. 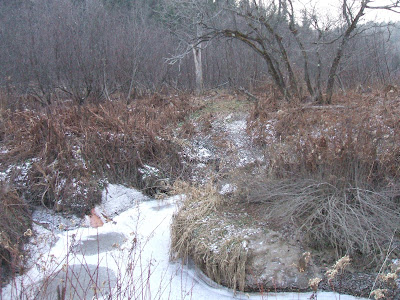 I think a witch lives near here, hey, I don't mean me! 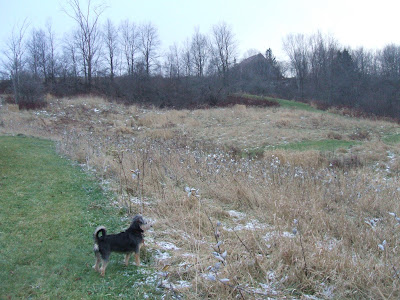 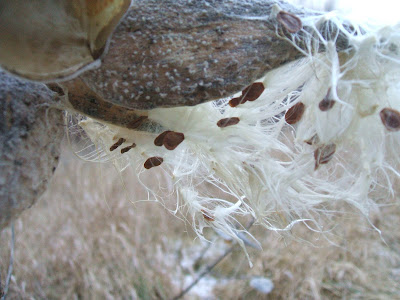 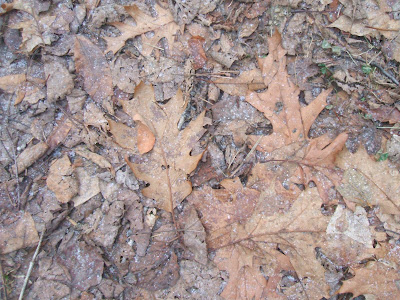 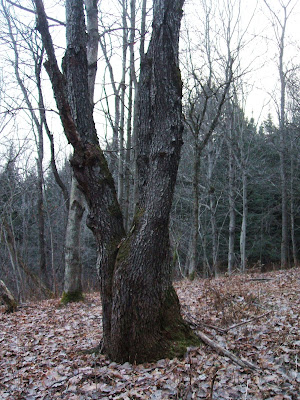