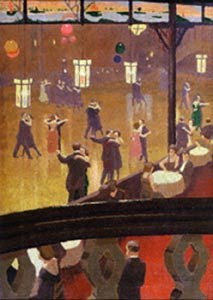 We now return you to our regularly scheduled programming, already in progress...

I have given up pondering the imponderables for the moment. I don't seem much good at it in any case. So let's get back to something more, hmmm, frothy - I mean "palatable". To wit, as promised, my brushes with greatness.

I can only think of one that involved anything like actual "brushing." More on that in a moment.

Disclosure note: this post is a pale sort of copycat, inspired by a much funnier and more impressive one, in terms of the celebrity involved and the parameters of the encounter over at the famous Fussy blog, written by blogging royalty, Mme. Eden M. Kennedy.

Eden (I will claim a first-name familiarity because I wrote her an email once and she responded - at least I think it was her - maybe she has assistants) was on a flight from L.A. to N.Y. recently. She learned, probably part way over Nevada, that the stylishly dressed yet nervous 50-something woman in her row was the mother of a pair of Very Famous A-list celebrities (q.v.) Another memorable celebrity post was written by my actual blogging friend and another member of the royal class of bloggers, Lulu Labonne. (And I mean "Royalty" not just nobility). If you are easily shocked, be careful before you click to Lulu's blog. This particular post involves, peripherally, some discussion of the use of *marijuana* by an iconic 1960s singer-songwriter whose name rhymes with "Stony Twitchell." (q.v. again). My personal opinion is that Lulu has lots more she could tell about many celebrities - but is holding back. Lulu?

When I was in about 9th grade I went to the Albany County Airport one evening to pick up somebody or something. It was back in the days when people without tickets could go to the gate areas. It was in the days before jetways. It was during the days when a TV show about a white basketball coach in a tough, inner-city school was a fairly popular program. The show was called, cleverly, The White Shadow. I remember that I liked it a lot. I can't remember, however, the name of the guy who played, nay, "starred" as "the White Shadow" - Ken Something or Keith Something. (I knew it back then). Anyway - you guessed it: Ken Something was in the airport that night. Waiting at Gate 7 or where ever to fly to N.Y. or L.A. Why was he in Albany? A mistake, perhaps? A family connection? Lucky for me.

I screwed up my courage and said "Excuse me" as I walked past him to the bathroom. He had less hair in person than he did on the show. He said:
"S'alright." He smelled like he had been drinking.

Well? Well? How's about that!?

I have had a couple of other encounters with famous people but this one actually kind of thrilled me. Maybe because it was just pure chance and because I was so young. The few others I have had were planned and somewhat canned but still kind of fun. So for the record, and since we're on the topic, here are the details on those.

I wrote for a local weekly entertainment magazine for a while after college and got, or could get, free tickets to just about everything that passed through our unfashionable part of upstate New York. Really, I suppose it says something about how hard it is to make a living as a performer that lots of really famous people had to play Albany. Anyway, me and my friend Tracey (also from the paper) got to meet Jay Leno backstage at Proctor's Theatre in Schenectady (which is near Albany) after his show once.

He was shorter than I thought he would be and wore a surprising amount of make up. He flirted openly with Tracey who had freckles and red hair and a lot of verve. She told him she was a "Harley Girl" and he smiled like the Cheshire Cat at her. Some Proctor's staff lady had baked him a cake or cookies or something and he pushed them to Tracey and asked her to take them away. He signed copies of our freebie newspaper for us. I have mine somewhere.

Also, during that interval I once interviewed Steven Wright, the comedian, (remember him?). It was a phone interview, but he was nice. He told me some jokes and I laughed at them like the star-struck 20-something that I was. My favorite, or at least the one I remember, was:

"I went into a diner that served 'breakfast anytime'. So I ordered French toast during the Renaissance."

Oh, and one time I wrote a profile of Adam Gopnik for the McGill Alumni magazine. I was actually admitted into the old New Yorker offices to interview him. Adam was as nice as pie. He told me he liked my article about him. He was,is, a well-brought-up sort of writer. (His parents stayed with us one night at the Last House long ago, so I am in a position to know). The New Yorker offices had the charm of Motor Vehicles, albeit without the lines.

OK. I think that's all of them. I am hoping to spur a few of you regular readers to share your own tales of fabulous encounters. Tell me if you do.
Posted by Kim Velk at 6:39 PM 7 comments: