And While We're On the Subject

I saw this guy, Justin Vernon of Bon Iver, for the first time ever on the Grammys back in February. He was tall and balding and wearing a brown wrinkled suit and he thanked the people of Eau Claire, Wisconsin for his Grammy. It was love at first sight.

So, I checked out his music, belatedly, at last.

I now have an iTunes playlist called "Arty" featuring this and several other Bon Iver songs. When this one comes on, it stops me, whatever I am doing. I don't know what "Holocene" means and I can't understand the lyrics other than "I was not magnificent" but this music goes right through me.

Let me know what you think.

All of us together back at the Last House for the first time in a couple of weeks. Shackleton just came down stairs and asked for $10 for a Minecraft upgrade. Whusband, sensing a teachable moment, offers cash if Shack will read three Aesop's fables aloud. Much groaning from Shack.

Whusband administers high culture like an innoculation and it is generally received that way by the kids. The Understudy says classical music will always remind her of being cold and hungry because Whusband plays it for hours while I'm at work. He also refuses to turn up the heat and the kids hardly ever like the food he has on offer. (As soon as I walk in the door, crank up the thermostat and boil spaghetti).

The first fable on the programme tonight involves a "soldier out collecting faggots." I bite my tongue. Shack laughs. Whusband tells him that he is being vulgar. The next features "a vain girl wearing dimity at a carnival." (I kind of missed the instructive kicker on both of them and missed the third one altogether.) I am pretty sure the morals of the stories were wasted on Shack too, but he was still snickering about the soldier when he asked me how much money I have in my Paypal account.

I am going to look up "dimity." It rings a bell from some long-ago read Thomas Hardy novel. Mayor of Casterbridge? Maybe time to read that again. Then I will get Shack his Minecraft upgrade. 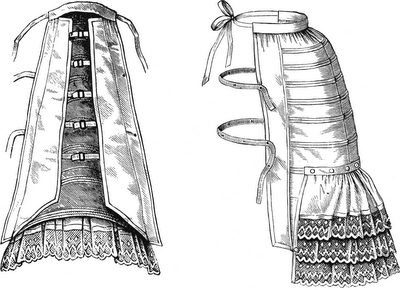 So you don't die of curiosity: "Dimity is a lightweight, sheer cotton fabric having at least two warp threads thrown into relief to form fine cords. It is a cloth commonly employed for bed upholstery and curtains, and usually white, though sometimes a pattern is printed on it in colors. It is stout in texture, and woven in raised patterns. Originally dimity was made of silk or wool, but since the 18th century it has been woven almost exclusively of cotton.")

Things could be worse. I don't have to wear dimity or a bustle for starters and we're going to the indoor water park tomorrow.