We Paid Our Money! 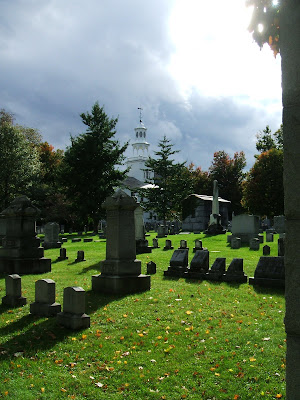 Now let's have some scenery...

If you are sitting in Troy, Vermont (the town in which the Last House is located) and you are pondering what might be the furthest point away from you, while still remaining in the State of Vermont, I think the answer might be "Bennington". I am on the Canadian border and Bennington is almost on the Massachusetts border. 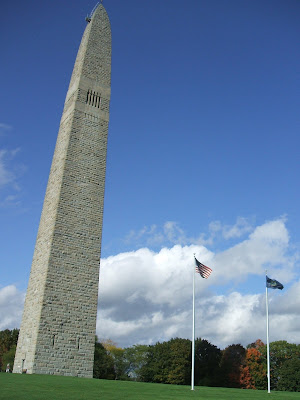 Last week, I had to go to Bennington for work. This meant a great horking long drive, but the benefit was that I got back into Bennington, a place I really haven't been in about 20 years.

There is a part of Bennington that is so postcard perfect it is like a movie set of New England. This is Old Bennington, where the First Congregational Church is at one end of street lined with enormous ancient maple trees and federalist-era houses and the Bennington Monument is at the other end. On Friday last week when my hearing was over I had an hour before I had to get home and a chance to prowl the place with busloads of tourists. Literally, busloads. They, I mean, "we" got a perfect afternoon for it, too. I blended right in. No one would know I wasn't from New Jersey. 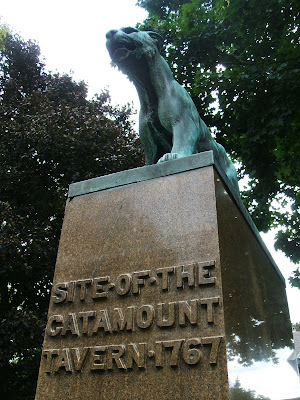 Every foot is historic; the Catamount Tavern was a revolutionary hotbed. Ethan Allen lived on this street for awhile. 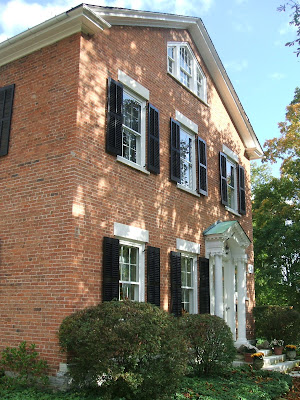 Hitting this little stretch, this living tableau of a Vermont Life cover, must be for the busloads like striking a particularly rich vein of cookie dough in their pints of Ben & Jerry's. Not just plain vanilla New England. This is the good part. No need to look over the strip malls and gas stations to see the color on the hillsides. This is the part Mrs. W. was promised when she leafed through that last-year's copy of Yankee at the dentist's office in Teaneck. 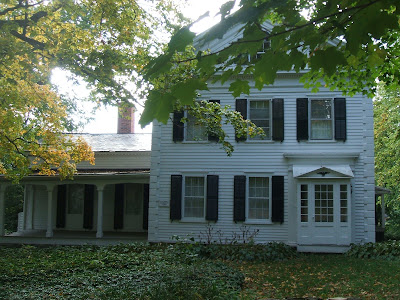 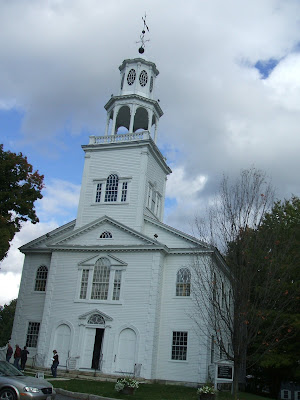 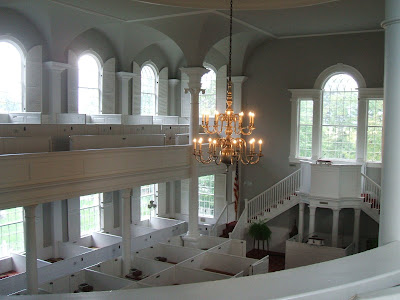 I recalled that Robert Frost was buried in the graveyard at the First Congregational Church, so I thought I would pay my respects (among other happy digital snappers, but at least I didn't have to rush to get back on the bus). I was fascinated by the graveyard. I guess 20 years ago I didn't have much of an eye for graveyards. Boy, has that changed. It was all I could do to tear myself away... 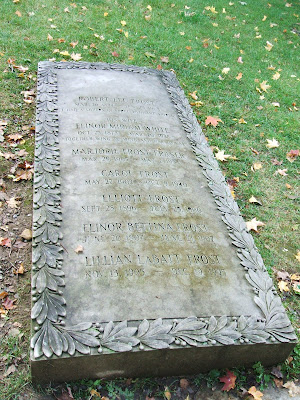 The current, earthly residence of the great Robert Frost & Family 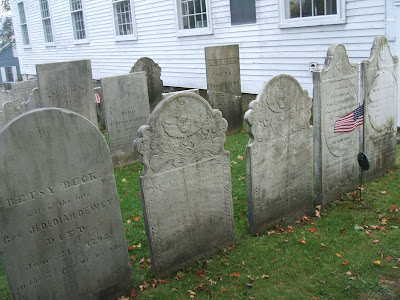 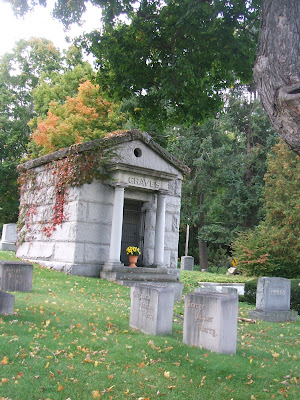 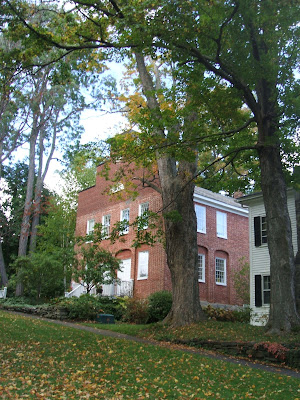 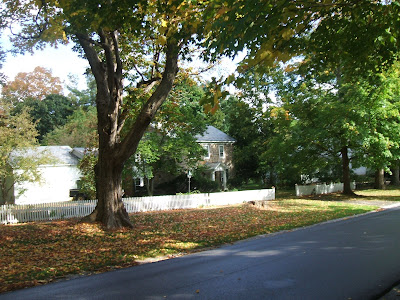 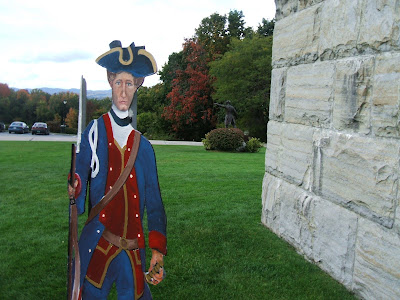 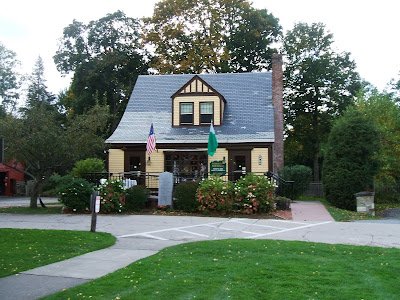 Even the gift shop at the BM (that's "Bennington Monument," ahem,) was adorable.

Several of the old houses along the street between the Church and the BM were for sale... I suppose living on the street le plus touristique in Vermont and in a house that predates the founding of the country might not be so great... But, no, well, it would be. It would be great.
Posted by Kim Velk at 6:44 PM 6 comments: