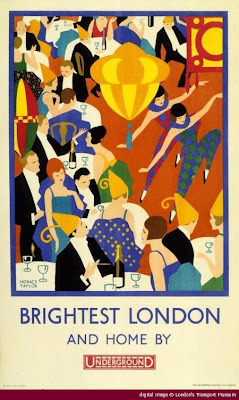 An English Car show held in Stowe, Vermont called the British Invasion is on this weekend. Lots of wee MGs were tooling down Main Street this evening and Union Jacks are fluttering from the light poles and at every retail establishment.

I have also been struggling with my Great Fiction Project (henceforth "GFP") some of which takes place in England of yesteryear. I have been researching various elements of daily life in the provinces and in the capital. I like that part. I have always loved reading about any kind of English history. I never have known why. It makes me wonder about reincarnation. 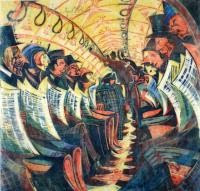 As a result, old England is on my mind and on my computer. I found a great website I wanted to share. "Twentieth Century London" is an Internet archive of objects and information from a dozen London-based museums all regarding life in London during, you guessed it, the 20th Century. (Some of us remember large swaths of that century and it was not without interest). The site has lots of great images (see above and below) and historical odds and ends. There's a cool feature for kids, a kind of animated London story book, and a London quiz (I got 8 out of 10 - and would have had 9 out of 10 if I had been paying closer attention, it was that easy). 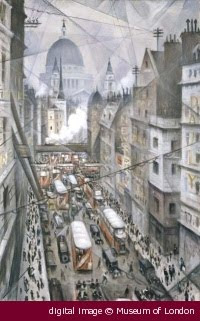 I'll let you know how it goes (the British Invasion - maybe more later on the GFP).

Points for anyone who can tell me the name of the song, and the artist, from whom I filched the title of this post. I might even send you a bit of tat if you guess it right.
Posted by Kim Velk at 8:13 PM 5 comments: