Happy Friday; Doing a Friend a Favor, Or Not 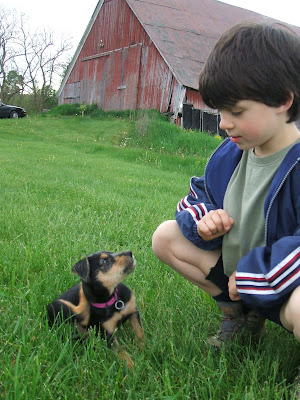 I reread my last post the other day, where I called my little boy "some kind of genius" (despite the fact that he is eight and still learning to read). Hmmph. I thought. If I were reading that I would think, "Sure. The kid's the kind of genius who flunks second grade." Well. I know you are a charitable lot and most with kids of your own and I will assume you took my meaning. Plus, he is some kind of genius. I am not sure what kind yet, I hope the kind who can support an old mother one day, but time will tell.

In other news, in a little Internet goofing around the other day I learned that the smashing young Adele is playing a show in Montreal next Tuesday. Montreal is a stone's throw (well, if Superman were doing the throwing) from the Last House.

I bought two tickets and immediately emailed my friend, uhhh, "Splenda" who lives in Montreal. I wrote that I had bought her a ticket and generally extorted a promise from her that she would go along.

The backstory on this is that "Splenda" is an attractive and charismatic person, with an attractive and charismatic husband (think movie star) and two attractive and charismatic children. She is also nice to people and generally sort of sparkles. The problem this creates for her is that people want to hang around her house, they want to visit her place in the country, they want her on their committees. She sends her husband to do pick up and drop off at school so she won't have to deal with the other moms and their suggestions for get-togethers. I got her a t-shirt for her birthday that said "I have enough friends, but thank you for your interest." I also gave her matching business cards, which failed to give any contact information, and included the phrase "how's never for you?" Oh, and a matching pen.

She HOWLED. She showed this stuff to all her friends. Apparently we all believe it's her other friends who are crowding her. OK, Splenda. You know who you are. I'll forgive you if you don't really want to go but I've got your number.

I can't wait to see Adele. I know Splenda will have fun too, if she comes along.

I will write a review.