This Can't Be Junk, Can It? 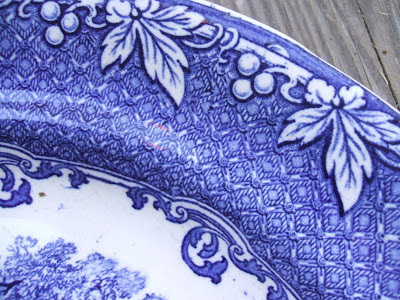 About today's banner, it's a close up of one of a set of four plates I bought at the last good auction I went to (about two weeks ago). Another detail, of the border, is above. There was a bunch of nice blue and white china in that box. This dinner plate and its three mates, nicely impressed with their makers mark and labeled on the back, "farm", were the stars, but the other stuff was nice too. More on that below.

These farm plates were manufactured by George Jones & Sons, Staffordshire England, I believe around the turn of the last century based on the mark. I think they are really smashing, and honestly as good as new. I love blue and white china. But, as part of my buying, I also must do a little selling to support my habit and so that we can move around the house without knocking over boxes of old dishes. Accordingly, I popped these onto Ebay with a few of the other nice bits in my box. I priced these a bit high for ebay, at $20 apiece, based on the fact that the only other example I could find on the internet was $88 for one. I also listed a few other bits from the box, Here they are: 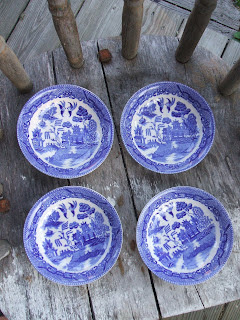 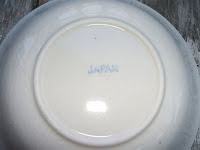 And this little item, labeled "Swiss Scenery Opaque China" that I didn't like until I researched it and learned that it dated from about 1840. It was also perfect and priced at $8. 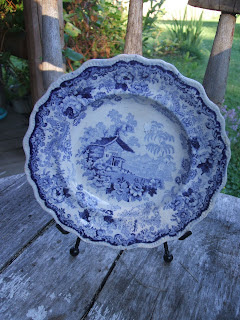 I am not writing this because I am still trying to flog these things. It hardly seems worth it anyway. I'll save them for some better purpose, like gifts or maybe for prizes in a little blogging contest I am plotting. The fact that I came to write about tonight is that no one bid on any of it. I checked my prices against on-line antiques dealers and past ebay sales and the prices I was asking were far lower than most similar material. Anyway, my thought is that this old lady stuff just does not enjoy the kind of market it once did. I like it but I may be a vanishing breed. I did much better a few months ago on ebay with some used 1980s paperback mysteries. They looked like junk to me, but they fetched many times what I paid for them in another box lot.

The Wall Street Journal had a story today about how the bottom has fallen out of the trade for 18th and 19th century American antiques - you know, all that brown furniture that the colonists and pioneers built and cherished. Everyone now wants the furniture that the Brady Bunch had in their house; "mid century" Eames era etc. I like that stuff too, but not enough to collect it or pay anything like real money for it. Hmmm. 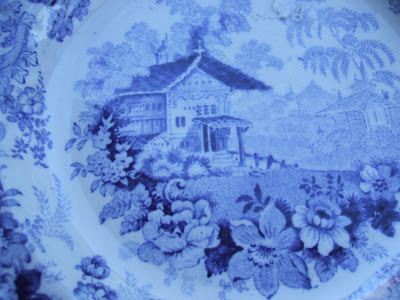