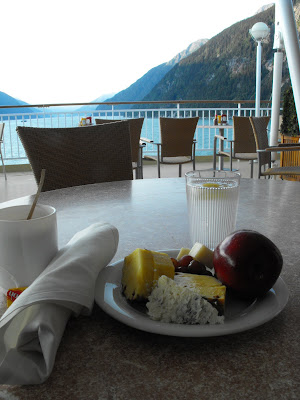 Breakfast on the boat 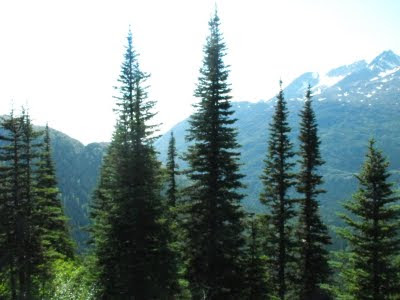 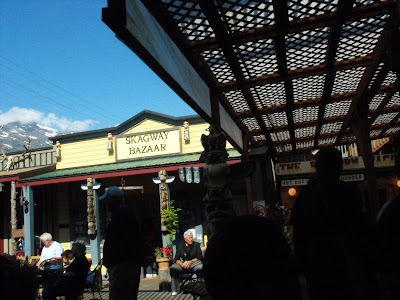 Well, just for us, and just that southwest bit of it to which we were transported in the most cosseted possible fashion. Here's one last blog post re: the trip, written on board for later blogging purposes. Back to work tomorrow...


The very clever people who know how to move a luxury hotel full of people into the Arctic Circle and then take it out again are at their posts. We are steaming dieseling (?) into Glacier Bay National Park. I have already been up for breakfast (7 AM local time). Scrambled eggs with peppers and onions, fried potatoes, coffee, cranberry juice. Then, cause I saw it for the first time, some smoked salmon with fresh onions, accompanied by French bread and finished off with a few slices of fresh pineapple. The pioneering spirit, as you can tell, is not dead…

This is as far north on the planet as I am ever likely to get at 59 degrees north latitude. For the first time on this trip, everything is shrouded in mist and the sun is nowhere to be seen. I took a turn around the upper decks and thought of the Rime of the Ancient Mariner (although no one here is dying of thirst). It is 7:50 AM local time and Shack is still snoozing off the effects of yesterday’s tourism. We were in Skagway, Alaska – a gold-rush born town of 800 people with 10,000 tourists there yesterday. The effects were predictable. All during this trip I have been thinking back to an essay by the late David Foster Wallace called “Consider the Lobster” It’s all about lobsters and their place at the center of a Lobster Fest in Maine.

At the time I read it (heard it on audiobook, actually) I was irritated by his attitude toward the masses in search of a good time. What an easy target - a straw man. Wallace did, however, talk about himself as part of the problem, as ruining the thing he came to see - a “parasite on a dead thing” . Skagway still has the bones of a frontier town but the face of a rapacious tart. Diamonds for sale at eight different places within 200 yards of the ships. (What’s with all these diamonds and “tanzanite?” Can people not buy this at home? Do they only want it when they’ve left home on a boat?) But yesterday, after Shack and I bought our T-shirts and postcards in Skagway (playing our parasitic part), we went up a scenic railway, naturally with a thousand other people, and saw scenery that was so beautiful it almost didn’t seem possible that it was real. It was, the conductor said, the nicest day of 2011 in the area so far. The views of mountains, crags, cataracts, forests primeval etc. stretched for miles in all directions. We were, all of us parasites, coming to see and, in a way, to pay our respects to these sights of this world. And, let it be said, we are a natural part of it too and if there were no on lookers to see it, would the world still be so beautiful? We tourists may not be attractive, but there was nothing but goodwill in our hearts for all those crags and cataracts and, I think, a sense that we were very small in the face of this splendor.
Posted by Kim Velk at 9:02 PM 2 comments: