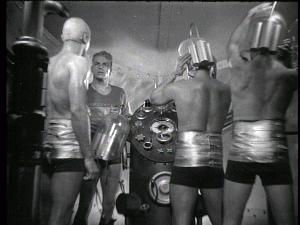 Went with lovely English visitors to the sedate and civilized Shelburne Museum this week.  We had three kids along, aged 6 to 11.  After a long walk through the grounds we made our way into the Robots, Time Machines and Steam Punk exhibition where they were showing a Flash Gordon film (among all kinds of other steamy punky stuff). 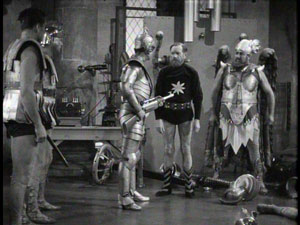 The film was a revelation in its way.  Apparently, the Hollywood designers of Saturday morning serials back in the 1930s and 40s had a fondness for fetish wear.  (It all adds up, doesn't it?)
Note above Dr. Zarkov's scientist shorty shorts and the boots that would probably be over-the-top for Elton John.  Each kid burst out laughing when the Roman/Martian bad guys appeared (showing lots of leg) and when the "space ships" battled from the end of their strings. 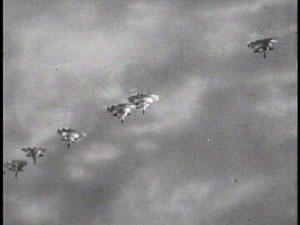 There was other fun stuff too, such as: 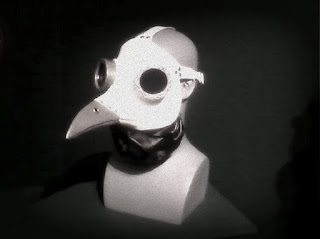 Back to school in less than a week. I think I am as sorry about it as the kids are. Sigh.

I see that Netflix has made these Buster Crabbe Flash Gordon serials available to subscribers.  Today's top tip, check one out if you don't blush easily and if your ribs are in good shape.
Posted by Kim Velk at 10:23 PM No comments: