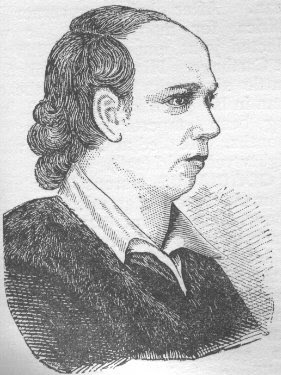 I have been driving around Vermont today; a windy, unsettled sort of April Fools Day. "So what?" you say. "Isn't that what you do everyday?" I agree, my trip to Burlington in search of a piece of new luggage is not exactly stop-the-presses material. Exciting to me as the prospect of a new roller bag is (and I spent a long, happy time looking around for one today, without actually buying one)- I also had in the car the audiobook version of The Vicar of Wakefield by Oliver Goldsmith. This made me want to stay in the car for as long as possible and this is what I have come to blog about. (I'll keep you posted on the bag search too since no doubt you will find it hard to sleep until you know whether I bought one).

Another of my recent enthusiasms (there are so many!) was for the audio version of The House of Mirth. When I got to the end of the last disk, the announcer observed that if I liked The House of Mirth, I might also like The Vicar of Wakefield. I guess old English majors are a reasonably predictable if small market niche. So, off to the Stowe Library it was and, happily, there it was.

I had heard of OG in my English major days but never read anything by him. I now have Wikipedia-level of knowledge about his life. Anglo-Irish, son of a C of E clergyman, born about 1730 in Ireland, Trinity College graduate, gambler, writer of throw-away junk and a few great works. One of his major claims to fame is that he was an intimate of Samuel Johnson. Listening to this book (and reading it a bit too, more on that in a minute) I can understand why the Great and Towering Samuel Johnson, most learned, most clever, &c. &c. would enjoy the company of OG. He was clearly something rare and amusing. Another thing I learned is that he is buried in Temple Church in London. More joy of the internet. Temple Church, I have just now discovered, has a great choir. I love choral music. Perhaps Kid 1 and I will get to a service during the great UK tour of April 2008, now approaching rapidly (roller bag required), But I digress. The Vicar of Wakefield is not accessible to readers who would once have been called "dull." Big words, arcane phrasing etc. But it is so wise and funny ... I was laughing my way up I89, all alone in my car, like a madwoman.

I discovered just now in my Googling research that the book is available, in its entirety, on-line at Project Gutenberg. (Link on the right). For your reading pleasure, I will reproduce here one funny scene that I heard today in the car. Some scene setting: The Vicar of Wakefield is the paterfamilias of a large family that was once rich but which has lost its fortune (no fault of theirs). The Vicar takes a religious view of this decline and urges his young family to do the same and accept their lot of a modest life in the country. His wife and two maturing daughters persist, however, in their efforts to move back up in the world. In this little scene the family is visiting with a neighbor at a kind of Georgian barbecue. Two grand ladies, who might be in need of cultured young ladies to serve as their paid companions - a situation devoutly to be wished by the two daughters - arrive unexpectedly at the barbecue, where various games and diversions have been going on all afternoon. The Vicar is the narrator:

last of all, they sate down to hunt the slipper. As every person
may not be acquainted with this primaeval pastime, it may be
necessary to observe, that the company at this play themselves in
a ring upon the ground, all, except one who stands in the middle,
whose business it is to catch a shoe, which the company shove
about under their hams from one to another, something like a
weaver's shuttle. As it is impossible, in this case, for the lady
who is up to face all the company at once, the great beauty of
the play lies in hitting her a thump with the heel of the shoe on
that side least capable of making a defence. It was in this
manner that my eldest daughter was hemmed in, and thumped about,
all blowzed, in spirits, and bawling for fair play, fair play,
with a voice that might deafen a ballad singer, when confusion on
confusion, who should enter the room but our two great
acquaintances from town, Lady Blarney and Miss Carolina Wilelmina
Amelia Skeggs! Description would but beggar, therefore it is
unnecessary to describe this new mortification. Death! To be seen
by ladies of such high breeding in such vulgar attitudes! Nothing
better could ensue from such a vulgar play of Mr Flamborough's [the host]
proposing. We seemed stuck to the ground for some time, as if
actually petrified with amazement.
The reader of my audiobook is, I think, the same actor who played Rumpole in all those Rumpole at the Bailey TV shows. OG's text hardly needs any improvement but this good actor added something in perfect-pitch with the writing. So, I hope you also find it funny. Happy April Fools Day.
Posted by Kim Velk at 9:22 PM No comments: