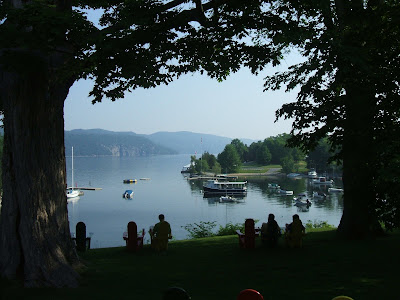 The picture above, and the banner for today (June 11, 2008)and a few days to come, is not actually the view from our house. I wish! It is instead the view from the porch main lodge of the famous Basin Harbor Club in Vergennes, Vermont.

I have lived in Vermont since 1995 and yesterday was the first time I ever set foot on the property of the BHC, despite knowing its location and passing the sign for years. Remember ol' John Denver, "born in the summer of his 27th year, comin' home to place he'd never been before"? I experienced a moment of that feeling yesterday when I arrived at the BHC. I was there early, around 8 AM, for a meeting of the Vermont State's Attorneys (aka "prosecutors"). After I parked my car and found the room for the seminars, I asked in the Main Lodge where I could find a cup of coffee. A pretty young girl in the dining room sent me out to the porch, where I snapped the picture that I have posted, temporarily, above. Sigh.

Guests can stay in cottages sprinkled around the grounds, in the main Lodge or in a few other out buildings. Bring your wallet if you come. ($$$) I won't be checking in anytime soon but it was great to check it out. Here are couple of the cabins that I found particularly fetching. 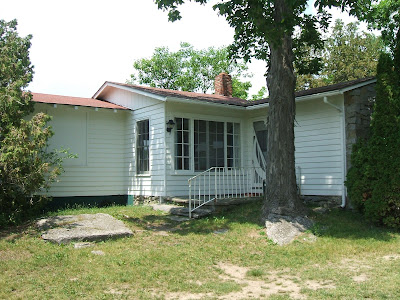 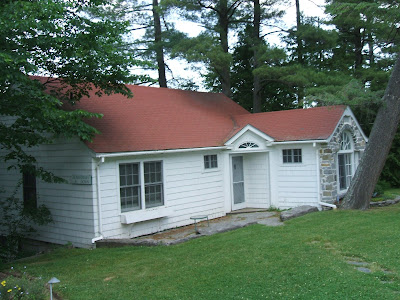 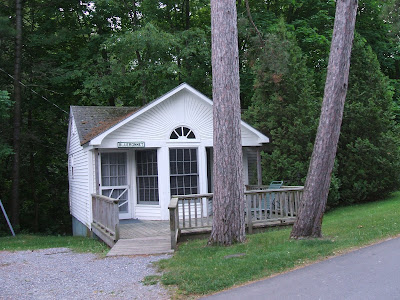 I had the sense, for a little while at least, that "this" was where I was meant to spend my summers. I sometimes wonder if I didn't have a past life in the 1930s. If so, I sense that old-time summer resorts like BHC would have been my milieu. The place is beguiling and nearly a complete throw-back to east coast summers for the privileged classes of the fin de siecle to the 1950s. There was a photograph on the wall of the Lodge of a reunion in a New York Hotel (the Roosevelt?) in 1947 of the Basin Harbor Club residents. Evening gowns and tuxedos; stockbrokers, old-time power brokers and their wives. The picture was spookily reminiscent of the ending shot in the film version of The Shining(The creepiest movie ever?), where Jack Nicholson's character appears in the photo of some long ago party in that mountain Hotel that also happens to be a doorway to hell. Yikes.

Other than that little frisson, however, the vibe at the BHC was great. In addition to a lot of cheerful lawyers (a day out of the office in a beautiful place and lunch to boot!) there were lots of families from all over the country (the guest list is posted in the lobby). It was lively and beautiful - and how about that view! Summer really arrived this week in Vermont, whatever the calendar says. It got to about 90 degrees these last three days. Today is cooler. It was a beautiful morning here at the old house too and I will leave you with a few pictures of the real view from the last house around 5 AM this morning. 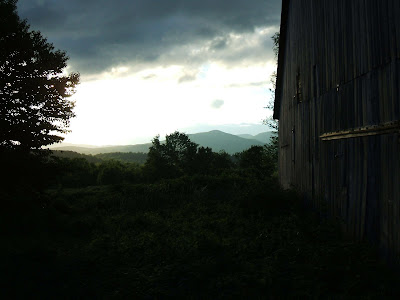 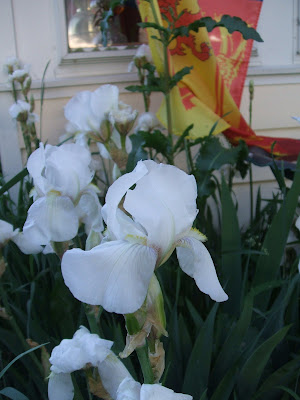 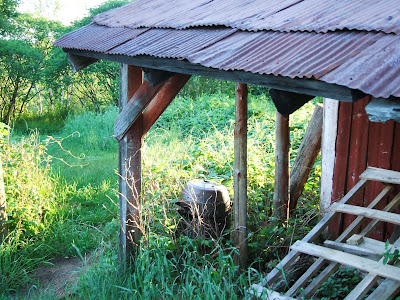 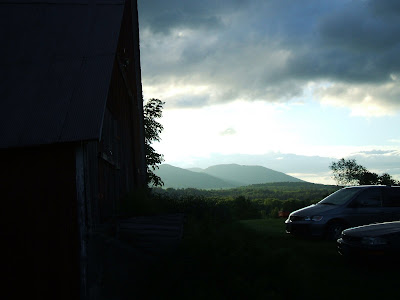