Back on the Bike Path - Oh So Vermonty! 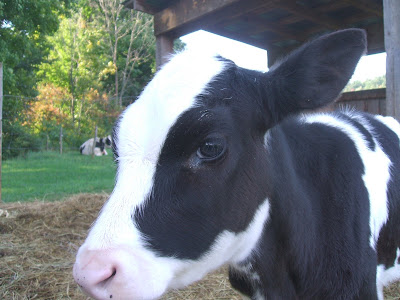 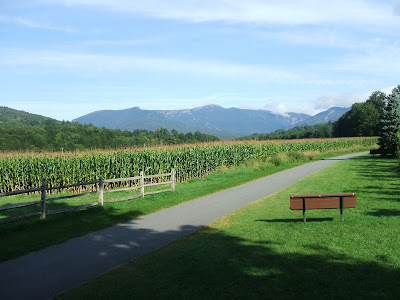 I had an hour to myself this morning between kid drop-off and when I had to be to work, so back to my old favorite haunt, the Rec Path in upscale Stowe, Vermont. It was a particularly beautiful morning and Vermont scenery, not so cliche in person, demanded to be recorded by yours truly. 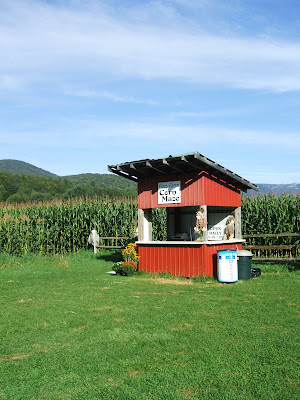 An entreprenuerial farmer whose cornfield borders the Path sets up this corn maze every year.

To lure passers-by into the maze he employs Junior and Brownie. (I don't know if those are their names, but they could be). As you can see, they are very fetching. I know the Smiths would not approve. I can't look at a scrubbed up little calf without hearing Morrissey intoning, "This Beautiful Creature Must Die" (I was in college in the 80s), but Junior and Brownie don't seem any the worse for wear for being a kind of living sign for a corn maze. I hope they have a future as milkers and not as burgers and handbags. 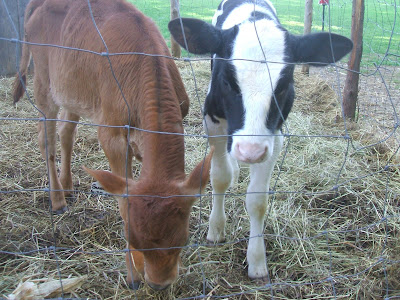 And meet Junior's mother, or possibly her aunt, or some other female relative or acquaintance, the charming "102" as per her necklace. Where can I get one of those? Every time my kids see a diet commercial these days they say, "Mommy why don't you try that?" That cow is like a sister to me. 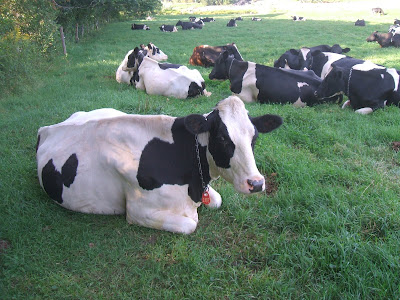 My Dad grew up on a dairy farm and my aunts told me it meant rain when the cows laid down, but I think they were having me off. It was beautiful all day today. I think when cows lay down it means they are tired or lazy; or they are just crappy forecasters. 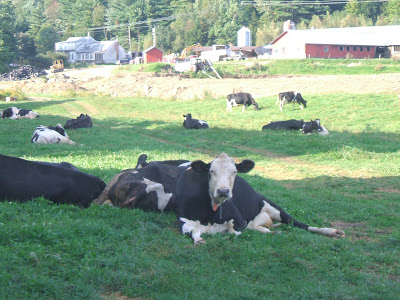 Ohh, and here's a salamander surprise! 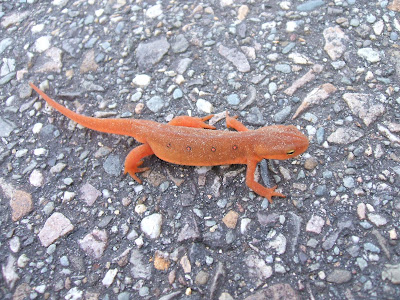 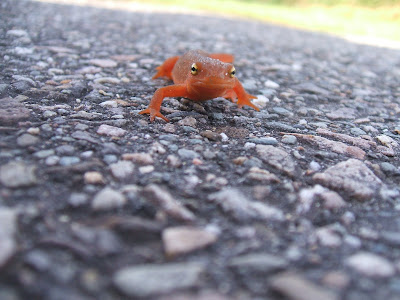 The part of the path I like best is lined by trees on either side. It feels so continental somehow. Remember that '70s shopping-mall-poster-shop favorite of the French guy (i.e., guy with a beret) on the bicycle riding along with a loaf of French bread on the back of his bike? He's riding on a narrow road with a those skinny French poplars lining the route. Well, this reminds me of that, without the French guy or the poplars, or the bread. 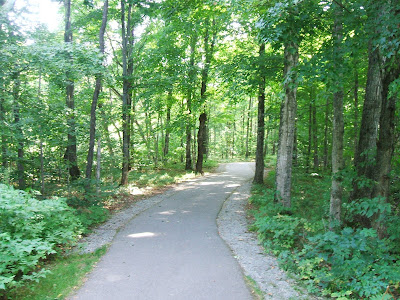 I was dusted by Grandma here, though. I walk on the path for exercise, but I walk slowly, apparently. And this isn't just because I stopped to take a picture. She had been gaining on me steadily for quite awhile. 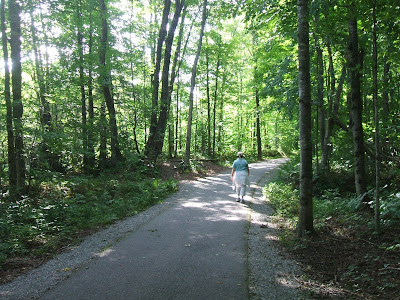