Odds and Ends of the Season 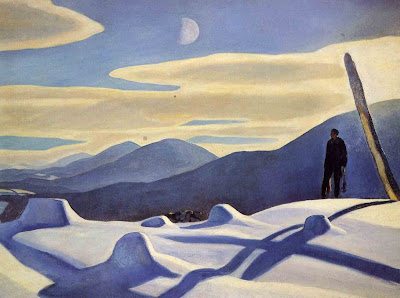 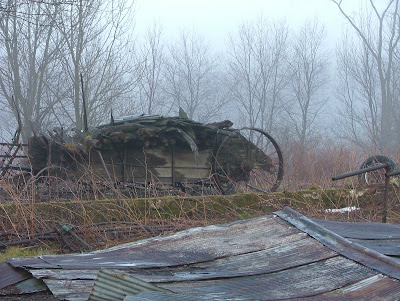 Today's banner is a scan of a painting by Rockwell Kent. It was sent along to me by my nice New York artist friend (see my last post)after I expressed to her my admiration of Rockwell Kent.

By way of a quick follow up on my New York visit, The New York State Museum in Albany is having a fabulous show of Kent's works right now. Kent lived all over the place, including Vermont, but wound up in the Northern Adirondacks at a farm he called "Asgard", after the home of the Norse gods. His widow, apparently, left a treasure trove of his works to the modest state college in Plattsburgh. These have been shunted down to Albany and displayed beautifully at the State Museum (located in the semi infamous government complex known as Rockefeller Plaza). I know no one every goes to Albany unless they have to, but it is one of those places that can reward a person, (especially given that almost everyone must arrive with low expectations). The Museum is just great and - are you sitting down? It is FREE.

The snow here in Vermont is not looking nearly so fresh and bright today as the snow in this painting. Mud season has begun. Our weekly ski trip for tomorrow has been cancelled because it is supposed to rain. I am not so sure that April is the cruellest month... Don't forget to set your clocks ahead an hour tonight!

Finally, here's a great youtube video. I have seen it posted at a bunch of places around the internet (My friend Mrs. Uhdd has it on her beautiful "Up Hill Down Dale" blog - see the sidebar) but if you haven't seen it, you should check it out.