A wet weekend draws to a close here on the Vermont/Quebec border. It wasn't a total washout, though. Maisy and I took a wet walk on the flanks of Jay Peak on Saturday morning. (See today's banner for the one picture I got of her where she was standing still). Today she and I hit the Newport Bike path, and, though we got rained on, we also had the tree-lined path to ourselves. Oh, the ferns! This wet summer has given them a lease on life that they haven't seen since the late Cretaceous period. I didn't have my camera with me today on the bike path walk (it was impromptu walk.) but the ferns there, along side the path (a former railroad bed) were gorgeous. Here's a picture I took on the mountain yesterday AM: 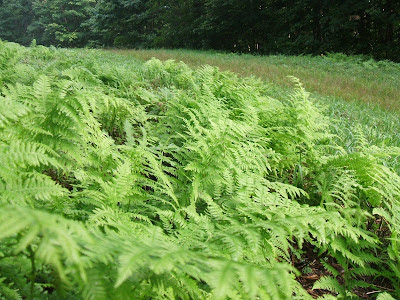 On Friday afternoon on heading home from work, I managed to get back to the book sales at the Waterbury and Stowe Public libraries (my two favorites). Library book sale season (about which I wrote a few posts back) has only another 10 days or so to run and then it won't be back for another year. Hmmm. Maybe I need to work on a seasonal carol. Look for that in an upcoming post.

To begin with today we have the autobiography of the American artist Cecilia Beaux called Background with Figures. It looked interesting, and when I checked on the internet after getting it home, I saw that it might be a little valuable ($50 range). Beaux was a great late 19th century artist, often compared with Singer Sargent. I looked through the book and researched it on the Internet. Then I put it on Ebay. Sort of declasse, I know, but I can't justify buying all these odd bits if I don't catch and release a few. 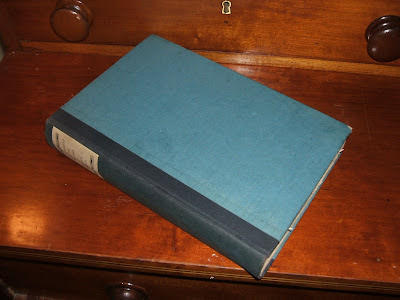 This is her self-portrait (as it appears in the book) 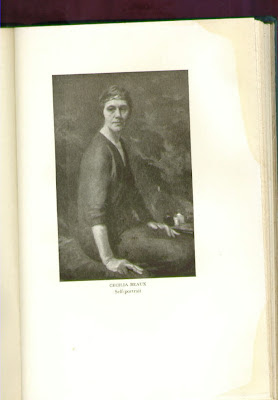 This one below is really special (and also on Ebay now). It’s a first edition of Great Horse Stories Truth and Fiction (Double Day & Company Inc. 1946, Garden City, New York). It has 82 illustrations by Paul Desmond Brown, the great horse artist (think of the Brooks Bros. equestrian image in the 50s and you're thinking Paul Brown) but what really makes it great is that it includes on the endpapers a pencil sketch of a horse’s head and a handwritten dedication/inscription by Brown and his signature appears on the title page. 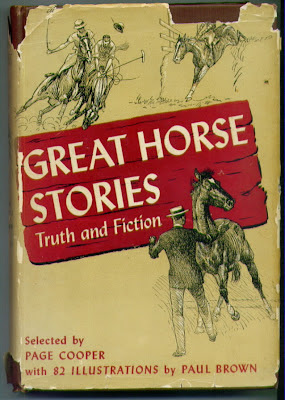 Oddly enough, I know about Brown because a few years ago, applying my "it called to me test" at the auction, I bought a nice drawing of a horse and rider going over a fence. It was clearly signed, and, at that point I learned all about Brown. I kept the picture over my desk for quite awhile then needed plane ticket money - which it fetched. The inscription in this book makes me think he might have had a girlfriend around here in the 50s, and maybe left a few drawings behind in Vermont. 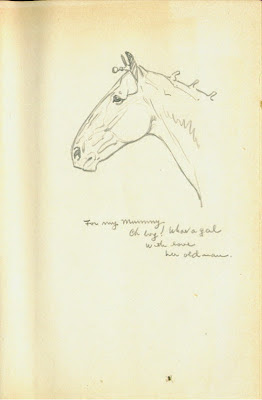 Catch and release was in order. School tuition bills are already coming...

These next two are just beautiful (and not valuable - although I think they should be). They came off the discarded kids books trolley at the Waterbury library.

Swimmy is a Leo Lionni classic and this is, I believe, the 1963 first edition. It is in great shape but no dust jacket so not worth flogging (as you can tell, I checked). Also, I have at this late date, developed an admiration and affection for these 60s kids books. I put this in the touchy-feely hippy approved category that really never much spoke to me - until recently. I love the paintings that illustrate this. 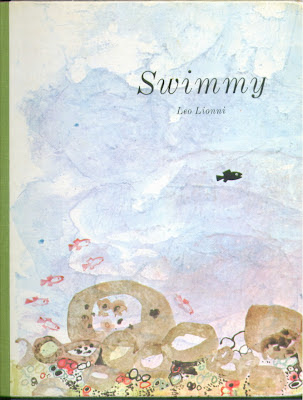 And I think this last one is my favorite. Birds in Their Homes from 1946. It is so beautifully illustrated with color lithographs on every other page. Very 40s. 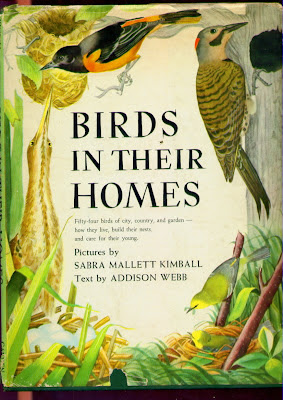 Also, like my blue and white China, not valuable in a monetary sense but this one is a keeper. I learned some things from it myself and I hope my grandchildren will too one day. And check out the illustrations! A dollar well-spent. 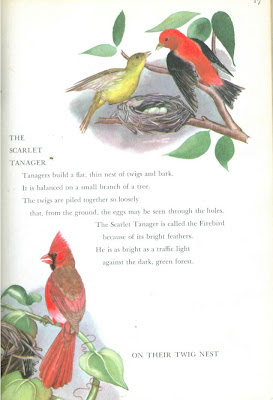 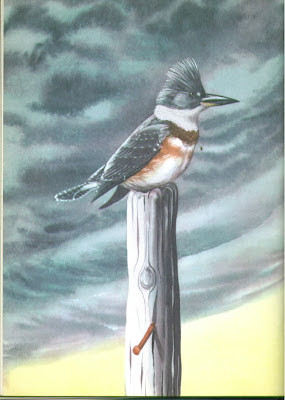 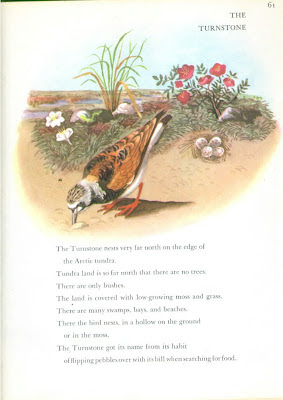 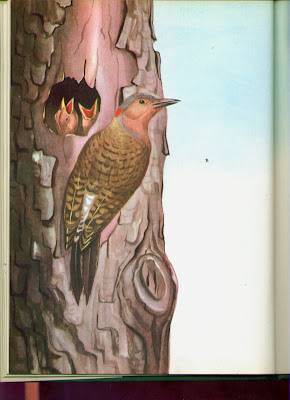