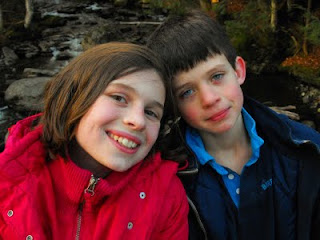 One for the Christmas Card? 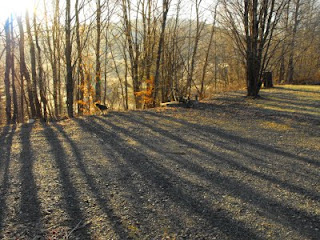 Did I mention about my new laptop? I was momentarily neglectful of the last one at Dulles Airport a few weeks ago and it was fatal. Well, the home owner's insurance came through and I have a new one, less good, but new.

One nice feature of the new computer is that I can pop my photo card into a little slot in the side and have all the pictures/videos sucked right in here. This is good because I seem also to have lost the specialized USB cord that I previously used for this task. (People at work say I remind them of Lucille Ball - of the Desi era - because of these kinds of mishaps).

November is famously a zero in this part of the world. Too late for foliage, too soon for snow: the innkeeper's call it, glumly, "stick season."

It has its consolations, though, and here are a few pictures I have taken over the last couple of days and weeks. 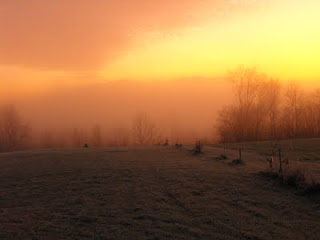 Sunrise from next to the milk house 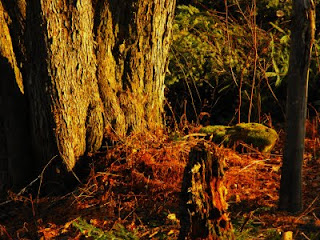 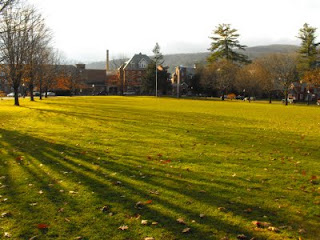 Does this say "asylum" to you? Cause that's what it was (and still is in one little corner). These days it is officially the Vermont State Office Complex in Waterbury, where I work. It wasn't created to house bureaucrats, but the mad, the poor, the halt and the lame. The bureaucrats have it now and a few of us are fascinated by the history of the place, though people seem not to talk too much about it.

And Something about this little stretch of building just says, "19th Century Mad House" to me. 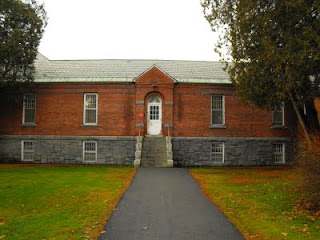 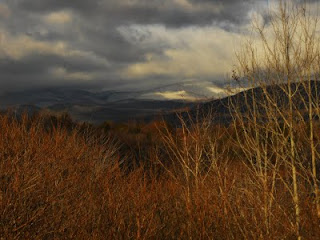 A view into Quebec - the higher elevations have winter now and we're next.

OK - time to pack up and get ready for the week ahead. Thanks for stopping by.
Posted by Kim Velk at 3:01 PM 8 comments: