Vermont - C'est Fou! Or Avert Your Eyes from that Snowboard! 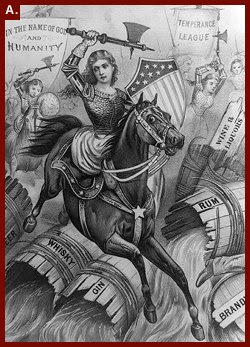 Sprenger said his wife found the questionable snowboards when she was on the company’s Web site. Not only did they stumble upon the “Love” boards [featuring playboy models from the 1970s], but they also found the “Primo Blunt” models, which detail self-mutilation in a comic book-style storyboard on the base.

Sprenger has two children- one who snowboards- and he rides himself. He said his main problem with the Playboy board is the message it was sending to people, especially Burton’s target market of 14 to 24-year-old males.

“I’m working hard to make sure my daughter gets a fair chance. This board is not going to make girls feel good,” Sprenger said.
Burlington (Vermont) Free Press October 2, 2008

Just when I thought epater les bourgeois was a completely exhausted and bankrupt artistic concept along comes theecht Vermont controversy to show it still has some legs. It's so good the English language doesn't have vocabulary enough to describe it. Quick, everybody revert to type!

I hardly ever turn to current events on this blog, concerned as I am with my own little round of existence, but this is toooo good I just had to talk about here. We'll be back to tea cups and books and nature scenery very soon, rest assured.

So, here's what happened. Burton recently put some '70s playboy bunnies on a line of snowboards. The naughty bits are not actually printed but the women in question are clearly Not Wearing Any Clothes. There are also some boards that have weird drawings of hands with chunks missing. And, Mon Dieu, the "what-about-the-children" people are Up. In. Arms.! A hundred of them were over at Burton headquarters in Burlington's south end, just a few blocks from where I lived for several years, marching in the street last week.

But that's not all. Driving to work this morning I learned that the Burlington City Council voted 12 to 1 the other day to pass a resolution asking the snowboard company to meet with community organizations angered by the boards.

I'm sorry. Did I miss something? Isn't the City Council supposed to be seeing to the snowplow budget or negotiating contracts with the cops or arranging for hanging the holiday lights or something? When did they get into the denouncing business? Well, in the end they didn't actually denounce. I gather they started off in a denouncing mood but, in the end, moderate voices were heard and they only urged, which is safe enough. They urged a meeting between the Girl Scouts (I'm not making this up) and the the people at Burton who failed to consider the feelings of the Girl Scouts, the violence-against-women-people and the helpers-of-troubled-teens and assorted other earnest and concerned types when they designed their snowboards.

Here we recognize that figure, especially beloved in Vermont, of the Ombudsman. He hears all, validates all, seeks compromise. Thank you City Council! 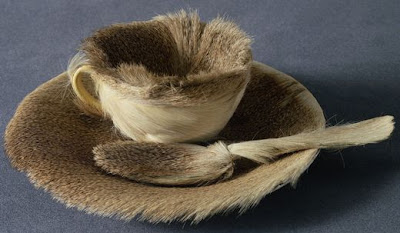 Just FYI, in case you've been on Mars or something for the last 20 years, Jake Burton Carpenter of Stowe, Vermont invented the snowboard back in 1977. His company, of which he is still the chairman or something, is based in Burlington - though, of course, Burton is a worldwide phenomenon. The president and CEO of the company is now one Laurent Potdevin (appropriate because I assume he is French). To his everlasting credit, M. Potdevin has refused to talk with the press about all this except to issue a statement in which he declared that Burton has no intention of removing these boards from their line. Allez Laurent! Vive la difference!

I devoutly hope he and Mr. Burton will also have the backbone to tell the City Councillors and Girl Scouts to get lost when they show up for their meeting.
Posted by Kim Velk at 8:54 PM 5 comments: