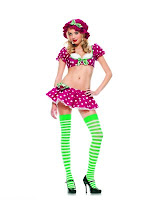 “I saw you talking to the captain just now”
“Yes?”
“An unapproachable old bastard. He’ll talk only to the toffs.” The word had an antique flavour: this time his dictionary had certainly failed him.
“I wouldn’t call myself a toff.”
“You mustn’t mind me saying that. Toff has a special sense for me. I divide the world into two parts – the toffs and the tarts. The toffs can do without the tarts, but the tarts can’t do without the toffs. I’m a tart.”
“What exactly is your idea of a tart? It seems to be a bit special too.”
“The toffs have a settled job or a good income. They have a stake somehwhere like you have in your hotel. The tarts – well, we pick a living here and there – in saloon bars. We keep ours ears open and our eyes skinned.”
“You live on your wits, is that it?”
“Or we die on them often enough.”
“And the toffs – haven’t they any wits?”
“They don’t need wits. They have reason, intelligence, character. We tarts – we sometimes go too fast for our own good.”
“And the other passengers – are the tarts or toffs?”
“I can’t make out Mr Fenandez. He might be either. And the chemist chap, he’s given us no opportunity to judge. But Mr. Smith – he’s a real toff if ever there was one.
“You sound as though you admire the toffs.”
“We’d all like to be toffs, and aren’t there moments –admit it old man – when you envy the tarts? Sometimes when you don’t want to sit down with your accountant and see too far ahead?”
“Yes, I suppose there are moments like that.”
“You think to yourself ‘We have the responsibility, but they have all the fun.’”
“I hope you’ll find some fun where you are going. It’s a country of tarts all right – from the President downwards.
“That’s one danger more for me. A tart can spot a tart. Perhaps I’ll have to play a toff and put them off their guard.”


I bought The Comedians at a library book sale this summer. Here's a neat summary of the story from Wikipedia:

The Comedians is a novel by Graham Greene, first published in 1966. Set in Haiti under the rule of François "Papa Doc" Duvalier and his secret police, the Tonton Macoute, The Comedians tells the story of a tired hotel owner, Brown, and his increasing fatalism as he watches Haiti descend into barbarism. The story begins as three men: Brown, Smith the innocent American, and Major H. O. Jones the confidence man meet on a ship bound for Haiti. Brown, Smith, and Jones, their names suggesting a curious facelessness, are the “comedians” of Greene’s title. Complications include Brown’s friendship with a rebel leader, politically charged hotel guests, the manipulations of a British arms dealer, and an affair with Martha Pineda, the wife of a South American ambassador. The setting for much of the novel, the Hotel Trianon, was inspired by the Hotel Oloffson in central Port-au-Prince.

I have been reading it in fits and starts (I have a bunch of books going these last few weeks) and now I seem to have mislaid it. This passage, however, a critical bit of dialog between the aforementioned "tired hotel owner, Brown, and the confidence man Jones, has been stuck in my head since I read it last month.

Could you read it without wondering which you were: toff or tart? I think I am, in essence, a tart, but doing a reasonable imitation most of the time of a toff. (Under Jones' definition, of course). 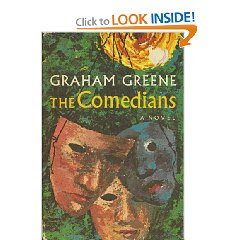 (Thanks Amazon.com for the cover and the chance to look inside this book. The toff pictured above came from http://www.terracedhouses.co.uk/ and that tart from www.adultcostumeshop.com.au).
Posted by Kim Velk at 6:15 PM 6 comments: