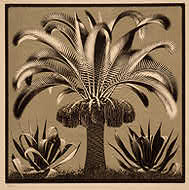 A couple of months ago I stumbled onto the venerable BBC Radio 4 Program, Desert Island Discs.  Since then I have been listening to the new shows each week and combing through the archive.  It is not too much to say that I can't get enough.  Fortunately, it is an almost inexhaustible listening resource.

I defy anyone to show me a more genius idea for an interview program.  The format is simple: interviewees are asked which eight discs (well, it started in 1942 so "discs" it remains) they would take if marooned on a desert island.  While they talk about their choices, they also talk about their lives.  There are famous people, celebrities, etc. but also, crucially, people who aren't famous except in their own fields.  To wit, a pioneering allergist, a prize-winning landscape designer, a supermarket magnate.

If you have a favorite actor, writer, singer, scientist check the archive and you may well find that he or she has been interviewed.  My favorite interviews so far have been the ones with Michael Caine, Roger Waters, Princess Margaret, and Robert Hardy.

One more tip, sometimes the programs aren't available to stream, but I have found I can download those as MP3 files and play them that way.

One of the things I like best about the show is that it doesn't appear to be tied in any way to the current marketing efforts of the guests.  That is, they aren't asked on because they have a new book/album/movie are are making the rounds of the chat shows. The focus is on entire careers and biography.  Brilliant.