This is day one after the death of my dog, Maisy. 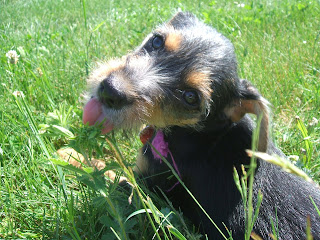 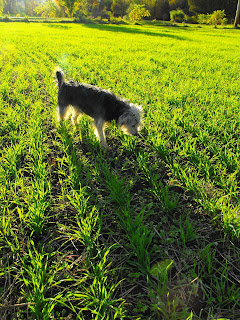 I took her to the vet yesterday after work and they gave her two shots and she died in about two minutes.  This came after four months of decline - so she died slowly, then all at once.  During those four months she had a fever that never quit.  She hardly ate. She stopped begging with those bright eyes. She stopped barking at the birds outside.

We tried antibiotics and when those failed I told the vet not to pursue more elaborate diagnostics. If it was cancer (and the vet who gave those shots said last night she thought it was) we weren't prepared for cancer treatments. Partly - mostly - this was a financial decision, but there was also the question of stressing my dog with a lot of scary procedures that might have done nothing more than stress her out.  I'm not sure we did the right thing there. If we were rich, I would have chased a cure. As it was, we took her home after those antibiotics and hoped for a turn around that didn't come.  By the time we got to yesterday Maisy couldn't get down the stairs or walk beyond our driveway. Her eyes had sunken in their sockets and were rimmed with a black crust. She was bones, half the weight last night that she had been when we first suspected something was wrong back in March.  She went peacefully last night, thank God. I watched her go. That was a first for me. I've never stood by and watched anything or anyone die. The way we live now and all.

We did the right thing there, I feel sure. 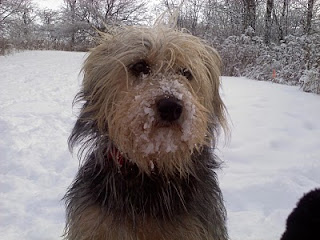 But I am bereft. And it all has me thinking.

I'm embarrassed to say it - but losing Maisy is worse for me than the deaths of the few relatives who have thus far departed.  The grandparents were expected to go, of course. They were all over 80 and so it wasn't a terrible shock when they died. The two aunts, they went too soon and I cried for them. The cold fact, however, is that they were distant and Maisy was near, She was near to me almost as the vein in my neck.  She was a presence in my every move in the house for the last 10 years.  She slept in my room every night. She was for me like the daemon of Philip Pullman's Golden Compass - the animal embodiment of a human spirit, separate but not separable from the human being. 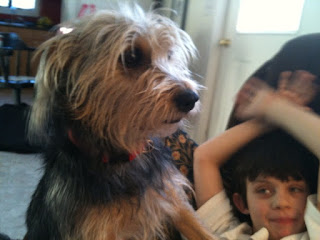 I would have scoffed once upon a time at extravagant outpourings of grief for a pet. Even now I'm not sure they're appropriate but I understand the depth of the feeling, the sense of loss. 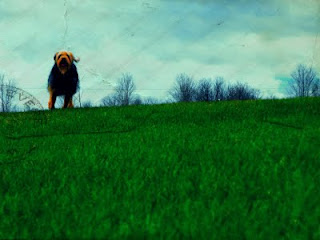 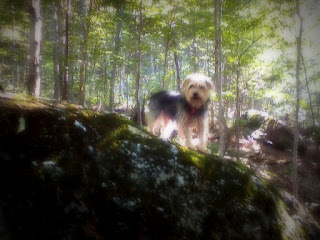 Maisy's death comes as two other relatives are fighting for their lives in the hospital. I'm at that middle age, where you start to know dead people and dying people. It's a scales-falling-from-the-eyes kind of experience. If I'm embarrassed that I'm mourning my dog than the people I've lost (and I am) I'm more embarrassed about the general foolishness with which I have approached life to date. My fundamental misapprehensions of how things actually are here on planet earth for mortal beings has been becoming clearer to me these last few years. The reality of our situation has been brought into focus by this fresh, unvarnished encounter with death. Not just Maisy's - I was at a memorial service for my Aunt Maryanne two weeks ago. I stood by her cremains in the cemetery and made a little choking speech before she was lowered into the grave next to her parents. Another first for me. 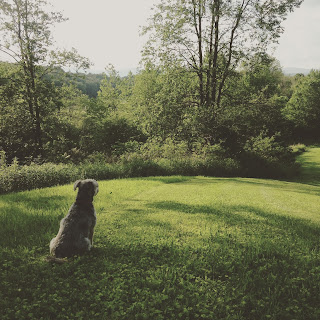 And so here, perhaps, is the beginning of wisdom.   How shall we spend our  short time here in Creation?  I've had it all wrong for so much of the time.  I still have a long way to go, I know - I'm hardly Erasmus. But I understand or at least have a feeling for that old truth, that in the midst of life, we are in death and we really shouldn't forget that for a moment.
Posted by Kim Velk at 10:26 PM No comments: