A Bad Wife, But a Good Collector 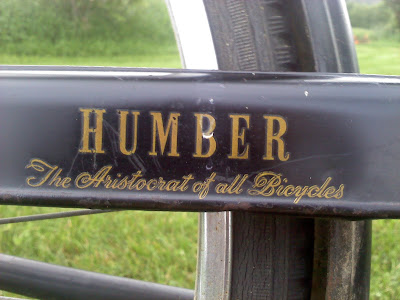 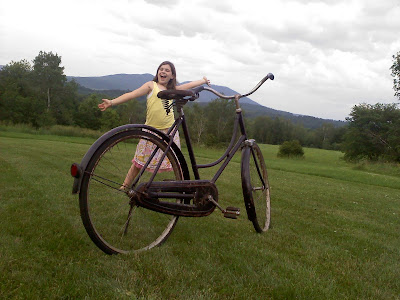 I have been distracted, which is one of the reasons the old blog has languished lately.

The distractions have been the usual ones: getting and spending, mostly.

Recent purchases included a vintage tupperware pitcher and two vinyl albums of the Lichfield Cathedral Choir from the mid 1980s. I spent one dollar and twenty nine cents procuring these items at "ReSource" (f/k/a Recylce North). I bought them on Whusband's birthday and presented him the records as a birthday present. I think he would be impervious to the vintage grooviness of the Tupperware. At his age it would just look like something he put in the back of a cabinet and forgot about. The presentation of the records was partly to make up for the fact that I kind of forgot his birthday that morning. The penny dropped at around noon. Ooops.

This isn't quite as bad as it sounds. Whusband actually prefers gifts from me that cost very little. Other people are welcome to spend wildly on him, if they choose to do so. (Surprisingly, not many have made this choice). But when it is me doing the buying, since it all comes out of the common pot, he wants only the tiniest spoonfuls dipped out. Which brings us to a related topic.

Every time a box comes in the mail with my name on it, or I turn up with a bargain from an auction or an antique store, he carries on like I am Leona Helmsley or Zsa Zsa Gabor. You can tell how far off he is by one look at my closet, and my person, which has been allowed to slide into ruin in a way no big spending woman would ever allow. I make these points when we are enjoying one of these periodic discussions. He has to agree there is no arguing about my clothes or my state of semi-collapse.

On Whusband's birthday, I also bought him some of his favorite bagels, although I forgot to mention the gift aspect of their presence in the house. I told him this morning, when he got his first bite of the last one. "Happy Birthday!"

I bought those bagels in Burlington. I made a special trip because it was his birthday. The bagel shop happens to be across the street from the erstwhile Recycle North (see above), so I couldn't avoid a little junk shopping en route. The owner of the bagel place makes Montreal bagels that are even better than the Montreal bagels from Montreal. It is not easy for me to get these bagels because the shop closes its doors at 1 PM (its Montreal mother-ship is nearly 24 hours, but I digress). When we lived in Burlington, Whusband would always chat up the Bagel maker/shop owner. They talked about Montreal, which is really home for both of them. Whusband shared with me that the baker had a rough trade, so to speak. The hours of a bagel entrepreneur are killing - the store closes at 1 PM because the baker is working by around 4 AM. Also, people hired to work in bagel shops often prove, are you sitting down? unreliable.

Visiting the bagel shop on Friday to get the (alleged) birthday bagels, I saw the poor baker. I haven't seen him in a couple years and the strain is showing. I have been thinking all weekend that a bagel makes a good servant, but a bad master.

This brings us, in a fashion, to yesterday. Sunday and an auction Sunday to boot.

Reader, they were selling three vintage English roadsters, fresh from a barn in Stowe. I ask you, what was I supposed to do? I let the 1960 three speed get away. It was up over $150 when I backed off. But the other two? I wasn't leaving without them. (See above and all over for the pictures). 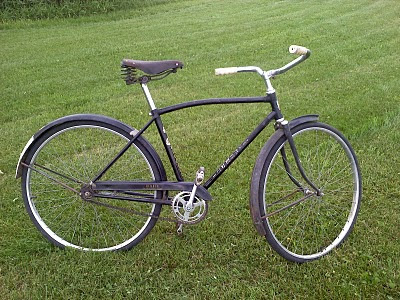 Let me add (before you sign up for Whusband's side of the spending discussion) that the GFP (great fiction project) where I spend a lot of mental time and energy involves 1912 English road bike, very like the ones I bought yesterday. VERY LIKE!

Plus, although while it's true that we have two classic English 3-speeds already, (1969 Raleigh Sport that is the Understudy's main ride, and a 1973 BSA, which is her back up) these new additions are single speed: plain, pure. And one is from the 1920s and the other is a men's bike. Men's bikes are more expensive and hard to find and Shackleton is going to get it when he's big enough to ride it. So, oh, and they are ART. Industrial Art. See the pictures.

Let me add here that those Lichfield Cathedral Choir albums are in very good shape - one would think they had hardly been played. And only a few of the tracks are the dissonant modern works that choir directors feel obliged to administer to their captive congregation. I am sure Whusband will have years of enjoyment from them. They were worth every penny of the 70 cents that I spent on them and an excellent value like everything else I buy. 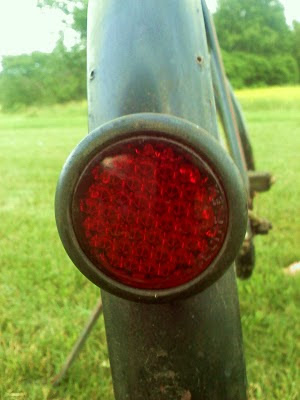